A US drone strike in Yemen on Monday that killed three suspected al-Qaeda members suggests that US policy in the region is continuing as normal.

The drone strikes have been under way since 2002, and since then there have been well over 100 such attacks.

It’s a policy that US President Barack Obama has praised as exemplifying his administration’s tough stance towards terrorism.

The use of targeted air power, in this case unmanned drones, avoids significant numbers of US boots on the ground.

But things in Yemen are by no means normal, and the country is in deeper crisis than ever.

A Shia-led rebel grouping known as the Houthis, from northern Yemen, has mounted what, to for all intents and purposes, is a slow-motion coup.

Their leader, Abdul-Malik al-Houthi, is now in control of much of Yemen’s state apparatus, such as it is.

The President, Rabbo Mansour Hadi, who is a close US ally, along with his government, has resigned, but there are reports his resignation has been withdrawn – the situation is far from clear.

Meanwhile the US embassy is closed for business because of mounting security concerns. And two US warships stand off the coast, ready to evacuate US nationals if required.

Situated at the entrance to the Red Sea, bordering Saudi Arabia on its long northern frontier and Oman to the west, its strategic position alone gives it some importance.

But if Yemen’s own domestic problems were not enough, the country is also mired in two larger struggles that make its instability an even greater threat. 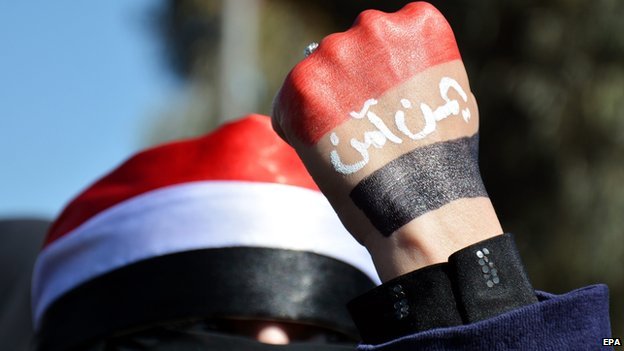 A Yemeni woman at an anti-Houthi protest in Sanaa

First, Yemen is the home to what is seen by experts as the most dangerous off-shoot of al-Qaeda, known as al-Qaeda in the Arabian Peninsula. It has a proven ambition to undertake attacks against the West.

Second, the rise of the Shia Houthis who many believe are supported in one way or another by Iran, makes Yemen a significant battleground in the wider Sunni-Shia struggle. Particularly, it’s a battle for influence between Riyadh and Tehran, Saudi Arabia posing as the Sunni champion against Shia Iran.

Yemen’s chaos is a headache for Saudi Arabia, and it represents a serious challenge to Washington’s whole counter-terrorism strategy.

Yemen is a country whose politics defy easy simplifications.

Power rests on a complex interaction of individual personalities, tribal loyalties and wider regional groupings. But in broad-brush terms, the Houthis seized Yemen’s capital, Sanaa, last September and in January took over the Presidential Palace.

Their struggle is essentially about domestic politics, not least how a future draft constitution will distribute power in the country. They have become by far the strongest military player, but their influence in the south is very limited. They probably realise that they cannot rule Yemen alone.

Another key player in the mix is the country’s former President Ali Abdullah Saleh, who was forced to step down in 2012 after months of protests.

Evidence suggests that he has been working behind the scenes with the Houthis to destabilise the current president.

The chaos is reviving dreams in some quarters of the re-establishment of a separate state in the south of the country that existed before 1990.

Opposition to a single Yemen uniting both north and south was long a staple of Saudi Arabian policy. 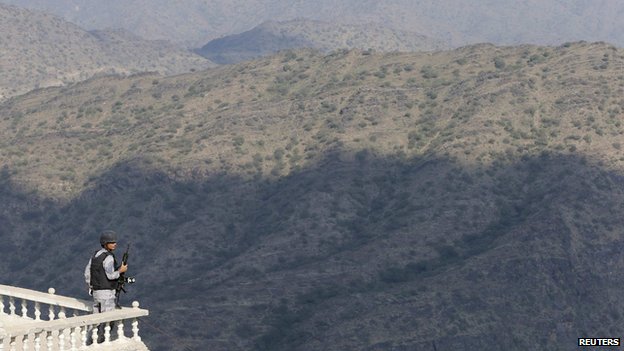 The political uncertainty and potential fragmentation of Yemen poses all sorts of questions for Washington.

Several dozen US military trainers have been on the ground, helping to hone the skills of Yemen’s key counter-terror forces.

The close ties with the government have provided good intelligence, on which the drone strikes against al-Qaeda are based.

It’s been noticeable that apart from Monday’s attack, the number of drone strikes has diminished significantly as the political upheavals have worsened. The crisis inevitably then is disrupting the US counter-terror campaign.

However, in another sense, there is no reason for Washington to panic.

The Houthis are resolutely opposed to al-Qaeda, and some tacit cooperation between the US and this powerful faction cannot be ruled out.

US officials are already said to have pursued initial contacts with Houthi representatives.

What does concern the Americans is that the chaos pushes Yemen closer to becoming a failed state and the rise of the Shia Houthis may result in greater Sunni support for al-Qaeda. 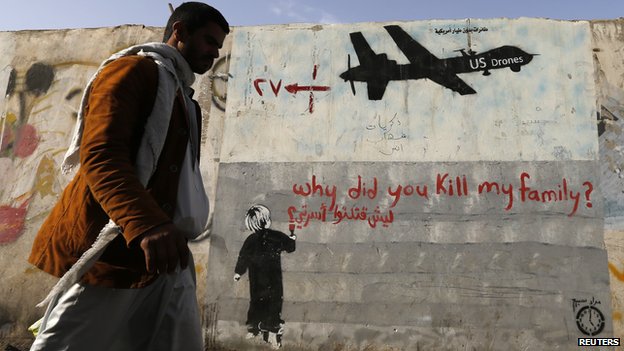 The chaos, in other words, could be a significant recruiting sergeant for the Islamist terrorist network. This is something that worries Saudi Arabia too because they are especially concerned at the perceived Iranian support for the Houthis.

From the outset, it should be clear that the Houthis are no simple proxy of Tehran but a movement rooted in Yemen, motivated by Yemeni concerns.

Statements, for example, that the Houthis seizure of Sanaa means that four regional capitals are now under direct Iranian influence – Tehran, Baghdad, Beirut and Sanaa – are, at least as far as the Yemeni example is concerned, seen by many commentators as far-fetched.

Some suggest that the Houthi leadership may in fact be ignoring some of the advice the Iranians may be giving them. However, the broad lines of Iranian support, from possible arms shipments to money, do seem to be clear.

Iranian spokesmen have cited the rise of the Houthis, alongside Lebanon’s Hezbollah, as an important element in the wider battle between Tehran and the West.

For Saudi Arabia, Yemen is its backyard and its chief goal is to maintain influence and to minimise Iranian inroads. 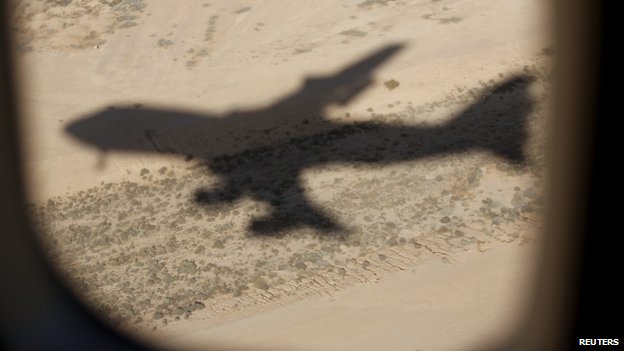 The succession in Riyadh inevitably reopens questions about Saudi Arabian activism in the region and how far it is prepared to go to try to ensure Yemen does not become an even greater security problem.

Any analysis that sees the Yemen crisis solely as a battleground between Riyadh and Tehran is one-dimensional and simplistic.

But there is no doubt that the relations between these two governments will be crucial in determining the broader regional context in which Yemen’s problems are tackled.

For now, though, it is difficult to be optimistic about Yemen’s future.

Its poverty and shortage of resources give it almost insurmountable problems, leaving aside the political and tribal differences.

The fact that it is also enmeshed in the struggle against al-Qaeda gives Washington and the West a particular interest.

More broadly, Yemen’s dilemmas are also part of the wider regional crisis in the wake of the abortive hopes fostered by the so-called Arab Spring.

The old state system in the region is failing. Hopes for democratic transformation have come to little.

Almost everywhere one looks, in a sweeping arc across the region, there is bloodshed, repression or the risk of war.

Little wonder then that for all the talk of the White House’s “Asian pivot”, President Obama’s attention seems as much focused on the Middle East as ever.

On his c visit to Saudi Arabia, he had much to discuss. And Yemen may be near the top of his agenda.

AMN has set up an Mastodon node and invites you to join!
Click to join now!
Share this article:
Tags: Yemen
ShareTweetShare

US B-52 bombers fly over Middle East in show of force against Iran: video

BEIRUT, LEBANON (11:20 A.M.) - The Israeli Air Force launched a new round of strikes on Syria, targeting the Hama...