Video footage of new US hypersonic glide body in action

The Islamic State has released a new propaganda video showing the demolition of the Mashki Gate in Nineveh, a historic site on the UNESCO world heritage list.

The footage also shows ISIS demolishing the Nabu Temple after placing bombs at the site. Nabu was a Babylonian God highly cherished under the Assyrian golden age.

Although the video itself is new, the first reports suggesting the destruction of the aforementioned sites appeared in April, 2016.

Nineveh is considered the oldest and most-populous city of the ancient Assyrian empire; however, the culture has been deemed blasphemous by the Islamic State’s scholars.

Two rockets allegedly land near Iraqi base hosting US forces

that beard makes him look even uglier

Unfortunately, such dicks are not in the range of my Remington .300 Winchester-Magnum hunting rifle : I’d make them a vaginoplasty for free, next video, they’d wear a niqab and have their voices higher pitched… They want to destroy the pyramids… Well, I bet that if we begin to destroy 1 major mosque for any antiquity they damage, they’ll whine about persecutions against muslims… My ancesters had problems with religious fanatics…Their preachers recruited all the retards, they began to burn churches during the offices and when my ancesters cracked on them to make them stop their s**t, 400 years later,… Read more »

Animals! A true believer is not intimidated by other religions and how they choose to worship. Only hypocrite and false believers see the need to codemn orders to make them look good in the eye of a man!!!

countries of the region & their leaders r responsible for ISIS rise & destruction of Assyrian heritage we will seek justice.

Naal din babek, Daesh! Your b***s will have the same fate!
Well, as these fucktards have a real problem with art and culture, I think I have a nice idea for them as they are soon to be carcasses : becoming pieces of art : 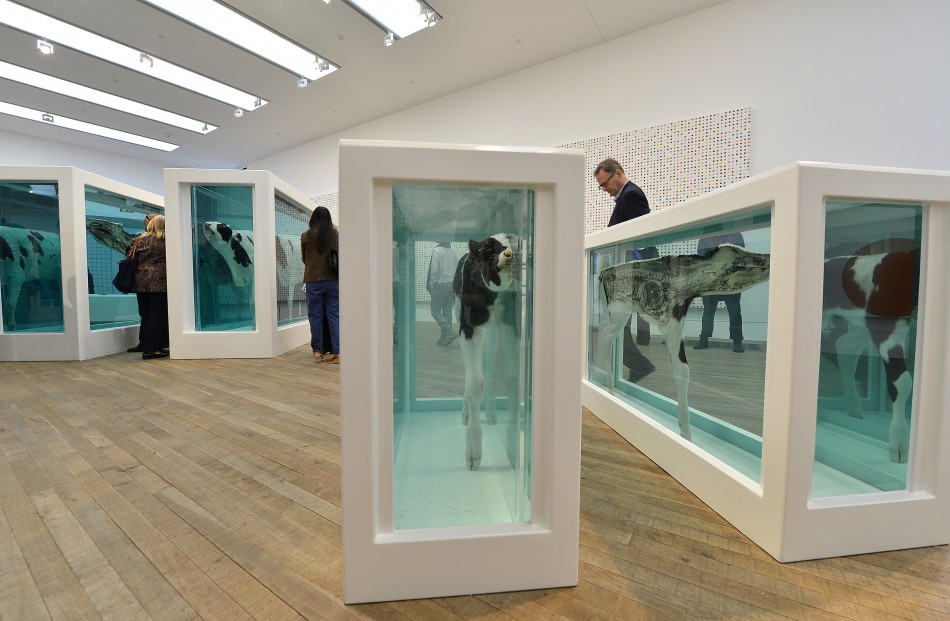 This may even compensate their victims’ families or destructions : these art pieces skyrocket when at Sotheby’s, anything like that worth around 20M$…
And I even taught about them wanting to pray :
http://images.teamsugar.com/files/upl1/1/15259/38_2008/salami_marble_floor.preview.jpeg
These carpets are fully made of ham and salami of good quality : guaranteed pure pork!

Why the US don’t deploy 2 MQ-1 Reaper permanently over Mossul? A MQ1 Predator can fly up to 24 hours and carry up to 6 missiles AGM-176 Griffin… Nonetheless it may be able to protect the archeological sites, but also to engage opportunity targets, spy on anything happening around mossul and guide air strikes… I bet even UNESCO would be OK to pay for it!

I m a sunni Muslim and I condem this ugli act committed by Isis fanatics. No religious monument or structure should be damaged. Humanity is preferred by Islam and by all other religions.