Show of strength: Massive armada of Iranian warships mobilize in the Strait of Hormuz

US is ‘busy occupying Syria and plundering its oil and wealth’: Iran

According to the Interfax report, the P-8A Poseidon anti-submarine patrol aircraft made a long reconnaissance flight on Friday near Syria’s coast, specifically near the Russian Hmeimim Airbase and the Russian Navy logistics base near the Port of Tartous.

“The American naval reconnaissance aircraft with flight number 168764, which departed from the Sigonella airbase on the Italian island of Sicily, cruised for about two hours near the Syrian coast, sometimes approaching Russian bases at a distance of about 35-40 km. The plane flew at an altitude of 4.7 thousand meters,” the Interfax report claimed.

“Similar reconnaissance flights near Russian bases in Syria were also carried out by the US Navy anti-submarine patrol aircraft on December 31 and January 2,” they added.

Another U.S. warplane was spotted near the Latakia coast, yesterday; however, it later flew south towards an airbase in southwest Lebanon.

US is ‘busy occupying Syria and plundering its oil and wealth’: Iran 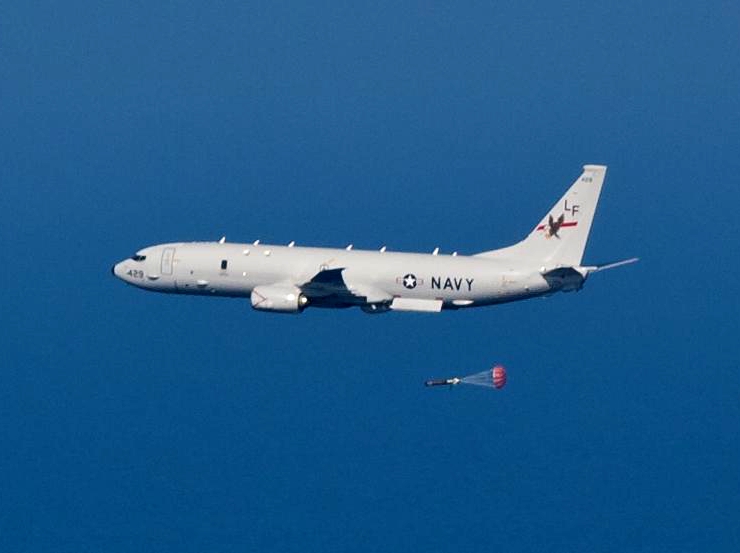 These aren’t recon aircraft : 10 tons of anti-ship/anti-submarine weapons are onboard.
35-40km is out of territorial waters and actually, these are routine training flights that used to happen even before 2011, P-8 even let their civilian transponders “on” and are included into civilian air-traffic control!
Note that the proposed ELINT version proposal has been cancelled in 2011.