Home Syria US considers airstrikes against the Syrian Army

According to a report from Reuters, the Obama regime is considering the increase in U.S. involvement in Syria, using different methods to attack the Syrian government, including airstrikes on military, radar, anti-aircraft bases, as well as arms deports.

The U.S. is also mulling over a covert military operation that would evade approval from the United Nations Security

Another possible scenario is the increase in military aid to “moderate” rebel groups; however, several concerns have arised over the possibility of these arms getting into the hands of jihadists.

However, U.S. airstrikes against the Syrian Army are very unlikely because it would run the risk of direct confrontation with Russia.

Share this article:
ALSO READ  Iran reveals details of US interception of airliner over Syria

It’s high time they de-escalate, especially on US side, especially as you don’t fight a war on terror by backing radical islamist groups. This is simply nonsense and such action may could out of hand. This is schizophrenic. Did they questioned themselves what would happen if the Syrian state falls? It wont be a secular regime which would replace as on the ground, there are, except SDF/YPG, only sectarian based “rebels” and it’s not peaceful Islam at all. There is no strategic menace from Assad to either EU or US but if the govt falls, Syria will become a threat… Read more »

They simply don’t care. Many of them are women who choose to have a “career” in detriment of having kids and family. Barren wombs distillating hate. Dikes trying to force their agenda on the Western societies and metro-sexual men that incites wars that they will always refuse to fight. The nihilism at its most absurd. The post-modernist liberals in action.

I’m not sure if you can understand the reality. Everything is going according the plan to create the Great Israhell. This so called “islamist” groups are under full control of their jew masters. Hamas was created by Mossad too, but YOU should know it very well from your Mossad supervisor.

The situation in the US is complete madness. The escalation of the conflict with Russia is completely out of proportion. Even during the cold war times I don’t remember such a level of confrontation and war rhetoric from the Western press. It seems that the whole Western press is ruled by morons. Do they really believe that they will be able to survive a conflict with Russia? I just can understand this kind of behavior in a world ruled by neo-liberal cons that simply don’t care about their families. Or, maybe they simply have no children. They have been too… Read more »

Western press is only doing their job. Don’t forget who owns it. Khazars.

Obama would need the authorization of the US House of Representatives to engage in any such actions, and the Republicans have voted down military action against Assad several times already. Obama cannot unilaterally begin something like this, and to do so 3 weeks from the US elections is a non-starter for dozens of reasons.

And worst of all, although medias are very supportive, public opinion doesn’t buy it, at least in EU, I can’t tell about the US but I doubt many would like to see USAF becoming AQAF : Al-Qaeda Air Force…But it’s clear that the ihad fanboys would really like to see the US and Russia nuke each other

BTW, to give an idea on how the anti-Russian propaganda works in France, this is the “Stop-Putin” protest : 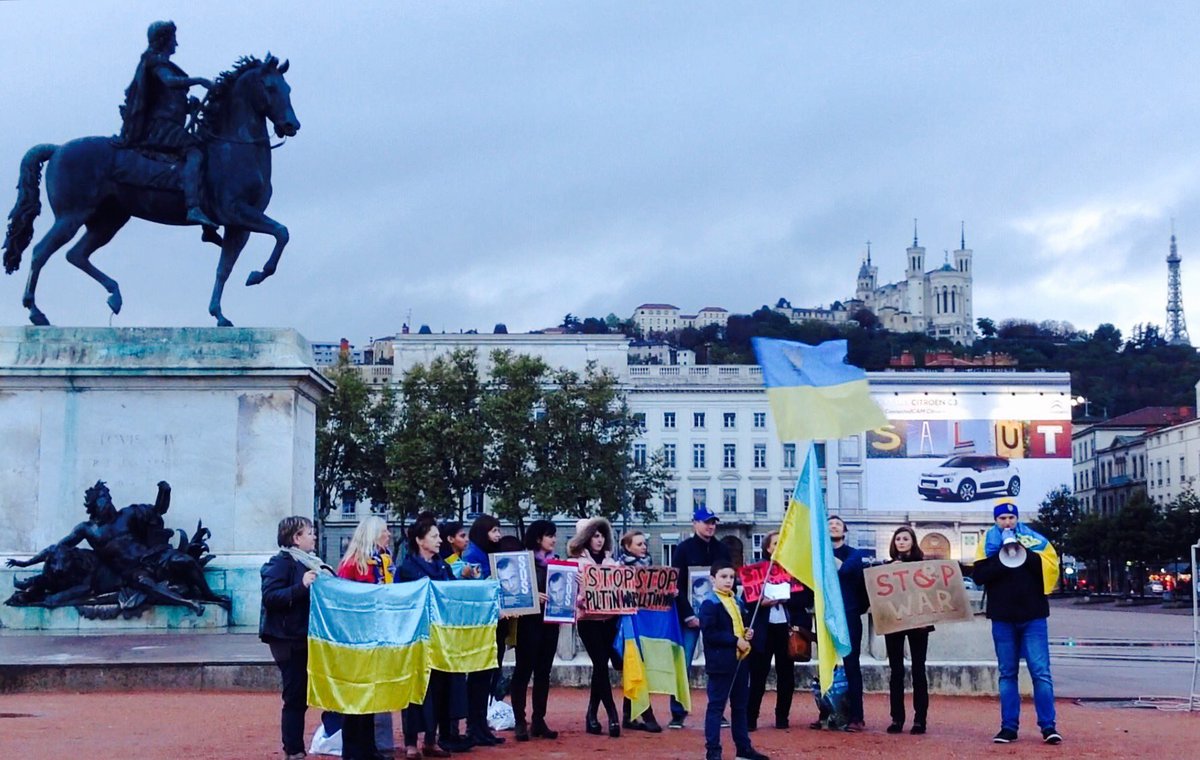