Home Syria US Coalition says Iranian missile strike did no damage to ISIS in...

“The assessment that we have seen so far is that there were six missiles that landed,” Col Ryan told reporters yesterday.

“We didn’t see any … damage from those missiles at all. I know that they [the Iranians] claim [the missiles hit their targets] but from what we’ve seen there hasn’t been any damage,” he added.

The IRGC said the missile strikes did considerable damage to the Islamic State’s infrastructure in the eastern countryside of the Deir Ezzor Governorate.

They would add that their missiles managed to kill more than 40 Islamic State leaders near the border-city of Albukamal.

lol they would know right? being only 10 kilometers away d**n near from a terrorist base whom they claim to be invading the country to defeat. I call bull c**p, i think it did extensive damage, and why come out and claim that it nothing so late in the game? because they want to keep their tough guy act and make it seem Iran isn’t as strong as they seem. meanwhile the US claim to have the most advanced weaponry but somehow keep hitting civilians while isis (their next door neighbor) strolls around freely on smoke breaks a couple of… Read more »

Never heard about spy satellites? These can even read the tittles on your newspaper when you’re drinking a beer at your preferred bar’s terrace 😉
In fact, even the Lacrosse-sats SAR radars can do very accurate imaging!

Iranians have shown the damages they did. Now compare to bomb-craters I show in other posts… Iranian ballistic missiles have 450-1200kg warheads, OK? Compare by yourself to aerial bombs damages!

The damages shown by Iranian propaganda are not on par with what their ballistic missiles are supposed to do!

I’ve debunked the White Helmet crapaganda more than once, don’t hope for me not doing it on other shitlamists like the Khamenei-mafia!

Lol so why USA told that Iran should be used the deco channel…if accord US sources that missile didnt hit the target?

Iranians grilled themselves by showing the damages and these are no more than small bombs dropped by an UCAV would do!

But as usual here, the Iranian paid trolls try to pass their regime’s lies for the truth even if the reality of physics prove them wrong…

its better then Zionist troll like you who make their sisiter and mother sleep in Zionist bed just for few dollar.

The US led coalition missiles and airstrikes didn’t just made no damage to ISIS. They helped them to expand even more. Most probably there were supplies in there.

If the coalition is so good in seeing everything, why they do not fight against those objects?

Where are the evidences of damage or not damage ?

This is what we call damage control when a state is suprised how a powerful thought weak country reacts to threats.can we admit these guys proved their power with their 6 missiles.

With unlikely more than 500-1000kg warheads, the damages caused by theses missiles weren’t more than dropping a JDAM or LGB…

But considering what they’ve shown, none of the damage shown could be from more than 50kg bombs!

If you need 6 ballistic missiles to kill 40 roaches, it’s like using a sledgehammer to kill 40 [small] European ants.
Get a Trap-A-Roach from Amazon or Ali-Express is a better idea 😉

So if 6 missiles is a sledgehammer then what would call 107 cruise missiles then? Thou most of them never hit their target thanks to Russian ECM’s. Also the fact that these 6 missiles reached their targets so near a US base without been detected by the US, who like to boast about how advanced their technology is, speaks volumes about the capabilities of Iranian technology. Pity Baghdadi was a few minutes late to the meeting, apparently he was getting a b******b from a goat that was not too good at giving BJ’s.

Have you been shown the remains of the supposed intercepted Tomahawks?
Just think about last year launch on SyAAF airbase. Sat pictures showed WAY MUCH MORE than 23 craters 😉

Not detected? C’mon! Any ballistic launch is immediately detected by the 23 satellites of the Defense Support Program (DSP) and the 10 Space-Based Infrared System (SBIRS).

And do you think this ground facility missed the the launch too?
https://en.wikipedia.org/wiki/Dimona_Radar_Facility.
Get out of your cave!

Russian ECM was used on the 2017 volley of 59 missiles. According to ImageSat Int’l, 44 targets were hit, several getting multiple hits.

On Apr.2018, 105 cruise missiles were launched. Russian MoD condradicted itself saying first that 71, then 66 were intercepted by SAMs. Thus, what was shown? The remnants of only 4 missiles.

SAMs used had proximity fuses, crippling targets with small pellets, systems being shut down, moder explosives don’t blast only by impact of a crash… Where are the 66 or 71 wreckages? 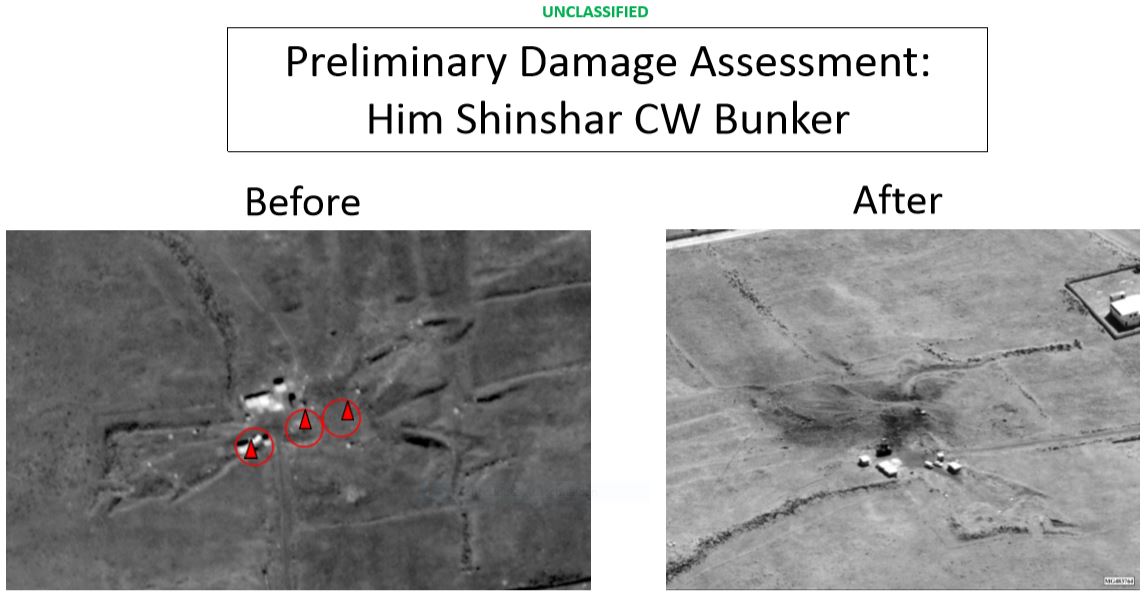 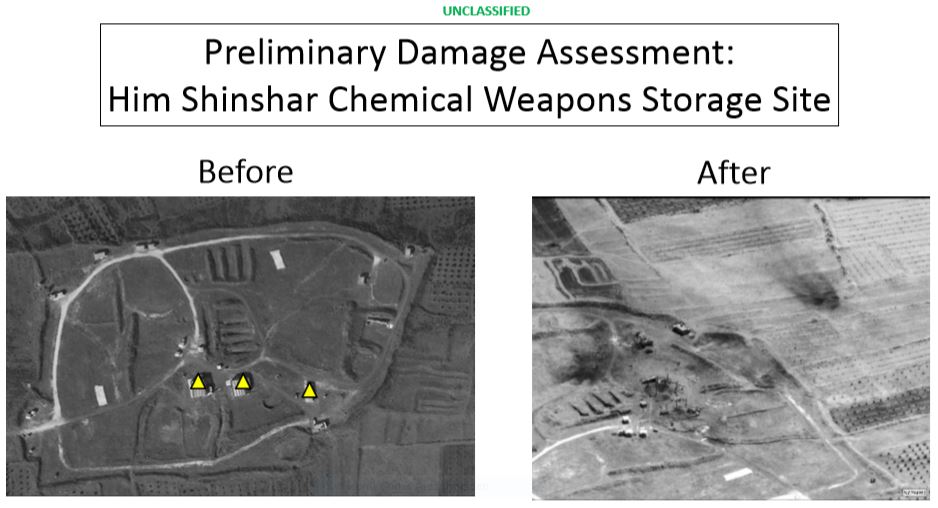 So, if the air defence system and ECM were soooo efficient, explain us how the facilities targetted all ended totally destroyed?

I remember a Russian general saying that Pantsir was undefeatable just a few years ago. S-300 batteries will obviously be well protected from missiles 😉

This is ridiculously insignificant

The 1000lbs crater replaced a Hamas facility 😉 The damages shown by Iran as result for their ballistic strike is pure bullshït! 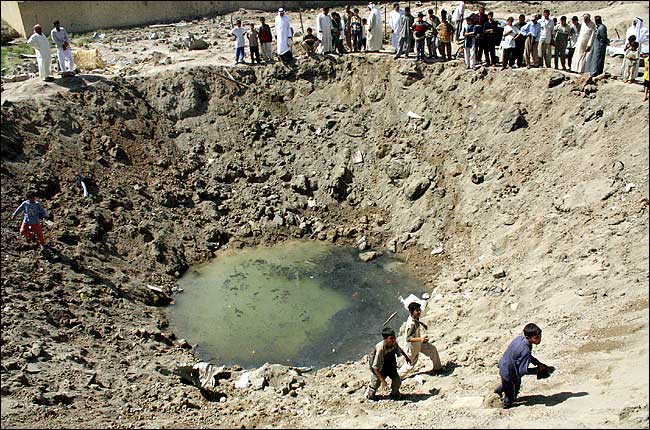 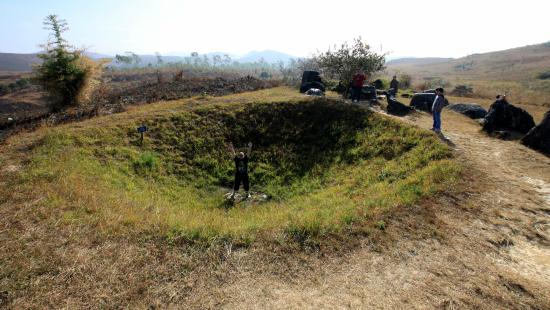 The damages shown by Iranians have nothing common with the warheads of their ballistic missiles! Iranian “technology” is only reverse engineering/customising of old US shït from the 70’s and a few Soviet/Chinese old türds too.

And guess what? Most recent of their missiles are guided, thanks to US-made… GPS satellites!

Baghdadi was a few minutes late to his meeting with Qassem Soleimani in Tehran, so he was deprived from Lokums ????????????

So “luke”, you’re not Lucky-Luke on this one : as Goebbels said, the “Big-Lie” concept only works as long as the public can be sheltered from the truth.

I managed to debunk the White Helmets’ videos b4 the FSB and Hamas ones b4 the Mossad. Hoping the lice-infested mullahs would be smarter than me was futile. You’re lamers!

ABOUT US
Al-Masdar Al-'Arabi (The Arab Source / المصدر نيوز) is dedicated to providing the latest news and analysis from the Arab world.
Contact us: [email protected]
FOLLOW US
© Copyright 2014 - 2018 Al Masdar News | المصدر نيوز - All Rights Reserved | Cloud by Epic
wpDiscuz
55
0
Would love your thoughts, please comment.x
()
x
| Reply
You are going to send email to
Move Comment
Translate into
AfrikaansAlbanianArabicArmenianAzerbaijanBasqueBelarusianBosnianBulgarianCatalanChineseCroatianCzechDanishDutchEnglishEstonianFinishFrenchGalicianGeorgianGermanGreekHaitian(Creole)HungarianIcelandicIndonesianIrishItalianJapaneseKazakhKoreanKyrgyzLatinLatvianLithuanianMacedonianMalagasyMalayMalteseMongolianNorwegianPersianPolishPortugueseRomanianRussianSerbianSlovakianSlovenianSpanishSwahiliSwedishTagalogTajikTatarThaiTurkishUkrainianUzbekVietnameseWelshYiddish