The US-led coalition has conducted several airstrikes against ISIS hideouts and positions as Iraqi ground troops continue its offensive against the terrorist group in Saladin Governorate.

The aerial bombardment comes as part of Operation Black Soil; a joint military operation between the Iraqi anti-terrorism forces and US-led coalition, which aims at eradicating ISIS militants from small villages in Saladin Governorate located north of the Iraqi capital of Baghdad.

Four Iraqis, including a civilian, have been killed recently in sporadic attacks launched by ISIS terror group across the country.

In December 2017, the Iraqi authorities announced defeat of the so-called Islamic State in Iraq and Syria (ISIS, ISIL, IS).

Ever since, the hardline group carried out scores of lone-wolf attacks that killed and injured dozens of Iraqi, and caused substantial material damage.

Footage released by a local media outlet shows the intensity of aerial bombardment conducted by the US fighter jets and strategic bombers.

In a related context, The Iraqi Hashd, Popular Mobilization Forces (PMF), said it is now forming its own ‘Air Force’ in order to respond to hostile air strikes.

The group’s deputy chief, Abu Mahdi al-Muhandes, said he had ordered to establish the air force directorate for the Hashd; naming Salah Mahdi Hantoush as its caretaker.

This comes a few weeks after suspicious airstrikes targeted the group’s positions in Baghdad and other provinces of Iraq.

Iran retaliates against US sanctions by blacklisting American ambassador to Iraq

scumbags! thats what the US coalition are… send them over the border and ask Russia and Iran to assist Iraq wipe out all traces of the mercenary forces of h**l.

More about this strike : it was against an ISIS infested island.

No B-52, BOne or B-2 but 36 tons of bombs were dropped by F-15E and F-35 within a few seconds, so it’s exactly the same as a heavy bomber carpet bombing.
More about USAF pest-control in Iraq :
https://www.stripes.com/news/middle-east/us-bombs-isis-island-in-iraq-s-tigris-river-1.598176

Arc-Llight!
Little simulation on ArmA2 to understand better what Arclight is :
https://www.youtube.com/watch?v=YTH4-x1pwhM 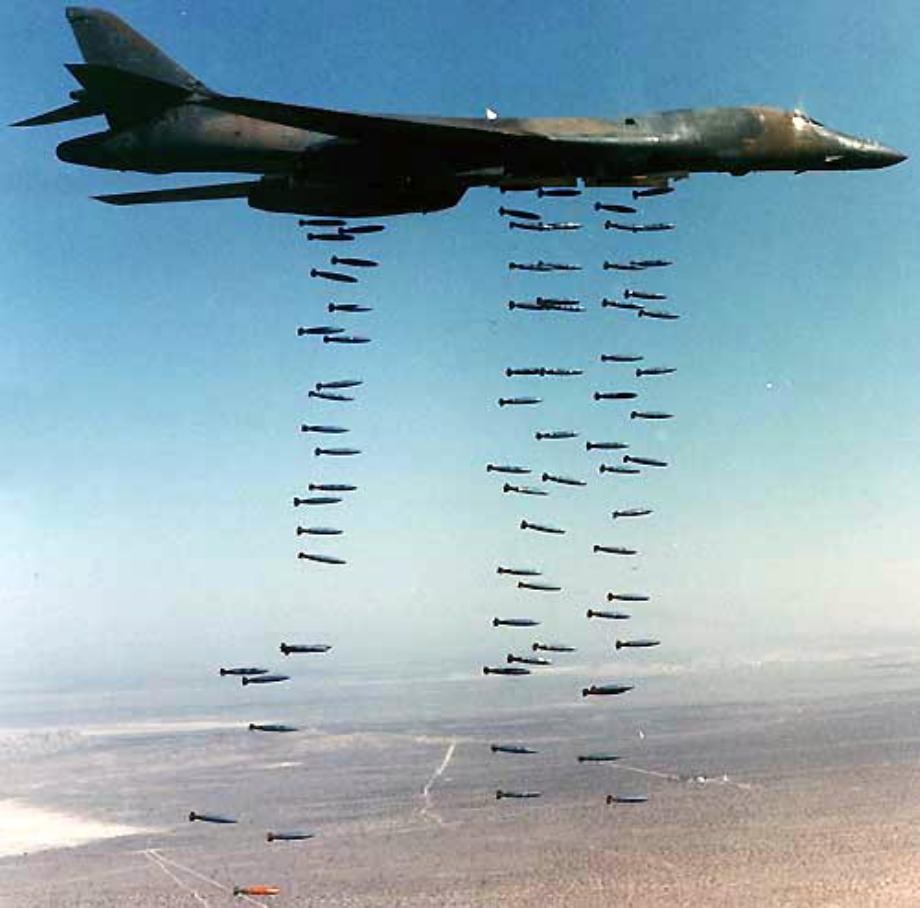 Seems that the real ‘murica is back.