Iranian Air Force: Soon our missiles will reach a range of 100km

Christian icons in the Hagia Sophia will be covered using optical technology: Hurriyet

Egyptian Navy destroys target in Mediterranean with one blow: photos

Home Syria US Ambassador Haley fires back at Russia over Douma attack: ‘it has...

United States Ambassador to the United Nations Nikki Haley spoke with journalists before a UNSC meeting about an alleged chemical attack in Syria on Friday in New York.

Haley also commented that such attacks were “getting to be too normal”.

On Saturday, the ‘White Helmets’ alleged that chemical-filled munitions were dropped over Douma on April 7 causing the deaths of up to 70 people.

Russia has denied the allegations, calling them a “fabrication.”

Haley is just a spox, she has ZERO power. Macron ALREADY said : no action without verification. And we all know already that OPCW will find nothing but stating it was a false flag. Anglos are something else as they’re implied with the regime change attempt for 7 years and it’s the biggest operation CIA ever staged, nevertheless, White Helmets have already been spotted, even by Brit journos, as being a crapaganda asset. Even UK’s public is not fooled. Anglos are IMHO more trying to get away with an epic failure and to avoid serious loss of influence in the… Read more »

We agree on this one but Macron must stop his delusions of being an Emperor figure. France and the French people deserve better than bowing to Arabs with lots of $.

What can she say when someone really used gas and she is a known liar?

p.s. This happened before. After the US/UK smear campaign of WW I few people believed warnings against Hitler’s crimes.

Need to transport 300 Houthis to France to take out the govt and replace it with a decent one.

You can call me AL
Reply to  Gregory Casey

We are seeing a melt down in the US policy.

It has happened in her dreams.

And her dreams create nightmares for me and the rest of the world.

bring your so called investigator to testify in front of public !!!

If the are honest this will be devastating!

Praying that God liquidate this lying demon in the flesh – as quickly as possible along with every other political figure who is lying to bring about attack on Syrian govt. forces.

Will the US and UK ever learn? The same propaganda pattern was used during the US-Spanish war against Spain and during WW I against Germany.

The dreadful result was that no one wanted to believe Hitler’s atrocities until late in and after WW II. All believed that was just another round of Anglo-American propaganda.

The 6 million Shoa nonsense is a total lie and that was all about gas as well.

I love you Nikki!

It has happened, continue saying it haleigh! Goebbls loves you!! 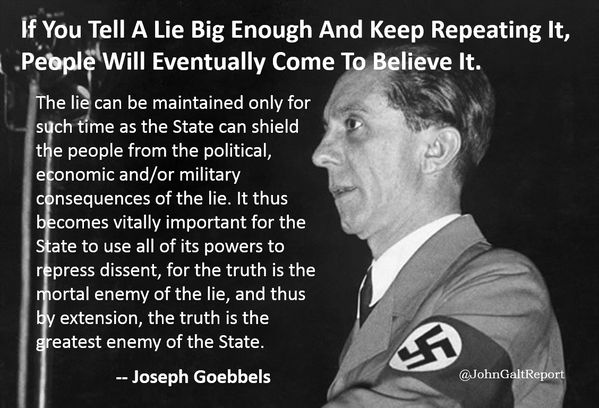