Israeli tank flips over in the Jordan Valley: photos and video

During Thursday;s trading, the lira fell by 2.1% against the dollar to 7.98, the lowest level ever for the currency, which lost about a quarter of its value this year and recorded successive low levels. Later stabilized at 7.93 pounds per dollar, according to site, Al-Moniter.

Economists expected policymakers to raise the key repurchase price by one week by 175 basis points, according to a Bloomberg survey.

Instead, the central bank kept the rate at 10.25%, well below inflation which officially stands at 11.75%. This means that investors can expect a negative return on lira-denominated assets after inflation.

Erdogan believes that higher interest rates cause inflation, while most economists support the opposite view, and he fired the former central bank governor for refusing to cut interest rates, according to the site.

Turkey sees itself as part of Europe: Erdogan

Now the little pasha thinks himself to be an economist along with his other delusions.

Erdog knows the value of 1 US Dollar, so he knows about economics 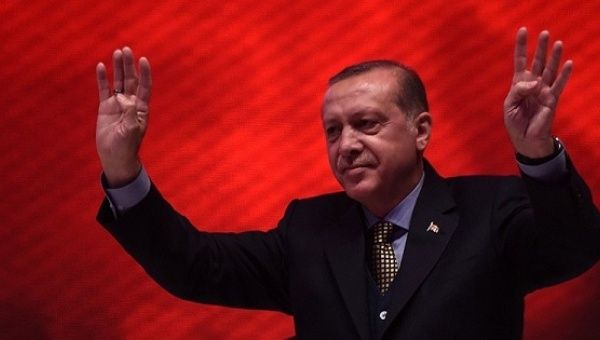