“I say to Saudis… reform your school because terrorism has historically come from it,” the private Mosaique FM radio station quoted the Tunisian minister as saying.

Ben Salem also said during the parliament session that he had “dared” to question the Saudi envoy to Tunis as well as the secretary general of Arab interior ministers, who is a Saudi national, about Wahhabism being a “vehicle for terrorism.”

What is absolutely funny about sunnis is that they never question the western terrorism even if the west is killing sunnis massively and invading every sunni country. Simply, the west is using salafists to spread terrorism in order to take and control countries. Good cover. That’s why, the west tried to impose salafists during the “Arab spring”. Salafists make very good puppets.

Sunnis are so stupid people. That’s why they are the west best girlfriend.

Happily, 80% of supposed “muslims” we have here are in fact atheists or ust follow some family traditions and would say they are muslims as most of the indigenous would say they are christians but f*****g don’t practise religion at all and it’s much better like that : all bigots are frankly heavy and f*****g boring.

What sunni country is “invaded” by… well, maybe should I say… “crusaders” (LOL), BTW? What do you call “invasion”? With about 8-10% of maghrebines in France, should we say we are invaded by Sunni Muslims?
Now, why westerners have no envy to invade Arab countries?
Look : 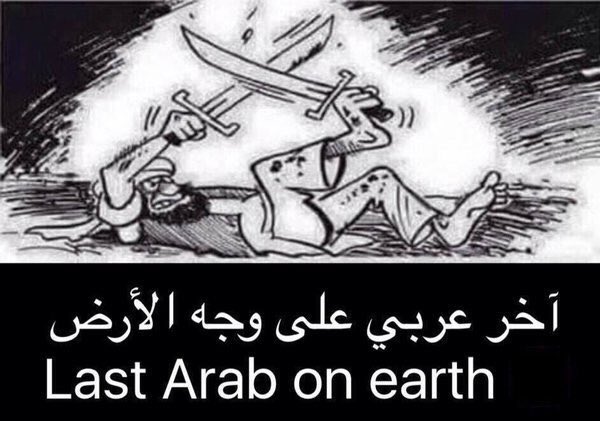 Nazisrael invaded Palestine. USA invaded Iraq, Afghanistan and Syria. Europe invaded Syria and Libya. USA cut Sudan in two part. The South-Sudan is now in civil war. The west are the big terrorists in the planet. And I don’t count the colonization during the 1800s when the west where colonizing all the arab countries. That’s the “free” and “civilized” world. All about talking. I have never heard about an arab army bombing France to take France. And France colonized north Africa to make them French. So, why now, France is complaining about ? France like to colonize them by force… Read more »

You’ve got the same problem Palestinians have now : You’re stuck on the past while the thing to do is to build the future. Many things have changed. Never heard of decolonisation?
Arabs never tried to take over France? And the Ummeyad Caliphate? I can go in the past too!
Knowing history has a great interest : avoiding repeating the same errors! Not being stuck on these!

Fortunately for Lebanon, the president can’t be a sunni and the parliament president neither. Otherwise, the west will have pushed to put a sunni puppet president in Lebanon.

In Syria, it must be the same thing avoiding a sunni puppet to be put in charge in Syria.

Lebanon prez is always a Christian. Either the PM is Sunni and the chamber prez is Shia or the contrary. The best : TOTALLY SECULAR government with religion, whatever the religion is having NO SAY in politics! Let the clerics, priests, imams, etc in their temples, churches and mosques and thus NOT interfere into peoples’ lives as long as they not stick to the religion… Religious persons, from whatever religion always consider they have the truth and other are wrong and it was the SAME about the around 4200 religions in human history and it’s when they interfere with politics… Read more »

The Lebanon system is the true democracy preventing abuse from others. Your system is the worst because you can’t take away the religion of a person. It’s impossible. That’s why the west is totally c**p and infested by zionists and wahabbits.

And what is good is that NO JEW can have power in Lebanon. With your system, jews have been able to hijack USA. And, like we all know that Sunnis and Protestants christians like jews, avoiding a sunni or a protestant to have all the power is necessary.

No Jew can have power? Ariel Sharon hadn’t problems to do so and they can do this again any day, they just don’t give a f**k about it! In fact, you hate Jews because they are your masters. They’re not a problem to me as I neither have a god nor a master and it should be extended large scale. Nobody shall have the power, we seek to have the order without the power, this is the real concept of anarchism, not the chaos all political and religious movt say it is as an anarchist society would simply prove them… Read more »

Bourguiba is truely missed. He was a good leader