‘Time has come’ to confront US policy of waging wars: Iranian FM

US soldiers allegedly wounded in attack by unknown group in east Syria: SANA

US ready to conduct first nuclear test in 30 years

EU to extend sanctions against Syria despite COVID-19 pandemic

On 25 March, US President Donald Trump signed a proclamation officially recognising the Golan Heights as Israel’s territory. Speaking to Sputnik, Turkish scholars have explained how Trump’s move may further undermine the stability of the Middle Eastern region and what risks it is fraught with.

US President Donald Trump has made yet another step towards starting a conflict in the Middle East by recognising Israel’s sovereignty over the Golan Heights, Faruk Logoglu, a former deputy foreign minister and ex-Turkish ambassador to the US, told Sputnik Turkey.

“Trump’s statement is a new link in the chain of his destructive steps aimed at destabilising the world order, which we have seen since the day Trump took office as president of the United States,” Logoglu emphasised.

“It contradicts Resolution 242 of the UN Security Council, and, more importantly, goes against the fundamental principle of international law, which calls for non-violation of the territorial integrity of a state through occupation. Thus, this initiative violates the decision of the UN Security Council and the norms of international law. It threatens to escalate tensions in the region”.

The former diplomat suggested that “when Syrian finally regains its strength, it will be able to give a decisive rebuff to Israel, if it takes steps [towards further escalation]”, adding that Iran and some Arab countries would support Damascus. This means that Trump is adding fuel to the fire of a new potential conflict in the Middle East, Logoglu warned.

According to the former Turkish official, the UN Security Council and the UN General Assembly should voice their clear condemnation of Trump’s Golan Heights initiative.

“If the United States resorts to their veto right, it is necessary to strongly oppose this decision”, he stressed.

Previously, on 24 March, Turkish President Recep Tayyip Erdogan announced that Turkey was going to take the Golan Heights issue to the UN, calling Washington’s move a breach of international law.

For his part, Foreign Minister Mevlut Cavusoglu tweeted on 21 March that “attempts by the US to legitimize Israel’s actions against international law will only lead to more violence and pain in the region”. He highlighted that Ankara supported Syria’s territorial integrity.

​Commenting on the Turkish government’s statements, Logoglu opined that it was time to launch a direct dialogue with Damascus.

“Now is the right time to build relationships with Damascus,” he said. “Turkey must in practice demonstrate its commitment to its statement about the territorial integrity of Syria by establishing a direct dialogue with the Syrian authorities.”

Huseyin Bagci, the chair of the international relations department at Ankara’s Middle East Technical University, presumed that Trump was acting “like a bull in a china shop” by provoking new conflicts in the region including “frozen” ones.

“If Trump is elected for the next presidential term, the situation will become even more dangerous, and it is possible that the Golan Heights will be considered as belonging to Israel”, he warned.

The academic referred to the fact that Trump came under heavy criticism from some international players for his Golan Heights move. When asked what measures could be taken to solve the dilemma, Bagci responded that “a military operation could have been carried out to force Israel into leave this region, but this would be fraught with risk of a new war”.

“There might be the situation similar to that during the 1967 [Six Day War] or 1973 [Yom Kippur War] conflicts”, he suggested. “However, the League of Arab States does not have enough power today, and Russia will not come into conflict with Israel because of the Golan Heights. Thus, this issue will be discussed by international organisations, but this is unlikely to change the real balance of power on the ground”.

On 21 March, Donald Trump announced that Washington was going to recognise Israel’s sovereignty over the Golan Heights seized by Israel from Syria during the 1967 Six Day War. The annexation was “legalised” by the Israeli parliament in 1981 by the adoption of the Golan Heights Law.

In response, Russia, Turkey, numerous European and Middle East countries voiced their strong opposition to the US president’s move. For its part, the UN highlighted that the status of the Golan Heights had not changed after US Donald Trump’s call to recognise it as Israeli territory.

On 25 March, Trump met with Israeli Prime Minister Benjamin Netanyahu and formally sealed his decision in a presidential proclamation.

US soldiers allegedly wounded in attack by unknown group in east Syria: SANA

EU to extend sanctions against Syria despite COVID-19 pandemic

It’s another blatant violation of international law and all norms of justice. Sure. But it need not be a bad thing in the long run, since many more people will now understand that the only possible solution to the Palestine conflict is to wipe the Illegal Zionist Entity off the map.

Nope, the only solution for the so-called Palestinian people (the real Palestinians are the Jews, BTW), is to give them 30,000km² somewhere else in the 7.42 millions km² of the Middle East.

Note that, including Golan Heights and Arab-occupied territories in Gaza and in Judea/Samaria, Israel is only 29,292km²

UNESCO could even move al-Aqsa just like the Egyptian temples were, due to Aswan dam’s building, maybe even East Jerusalem, or at least having it copied…

I’ve read about a relocation proposal : between Egyptian border and Port-Sudan, there are 300km of coast with population zero and same for the back country.

al-Aqsa being now close to Djeddah, can be included in the Mecca/Medina pilgrimage by tour operators, coast can become a giant Red-Sea resort…

You can make it a gigantic sea-resort facing Djeddah with casinos, concert halls, luna parks and everything forbidden in KSA…

Deddah being only 1h30 by speed-ferries, pilgrims can do the Medina/Mecca/al-Aqsa triad, cruises can be organised, back country can grow hemp, coca, poppies…

and let’s make it a tax-paradise and launder money… Cash will flow… BTW, Sudan prez is indicted for genocide, war-crimes and crimes against humanity by ICC…

Wanna bet he’ll prefer to give land and not end like Gaddafi or Milošević, especially when 3-4 aircraft carriers will patrol Sudan’s EEZ?

Now, if Palis don’t want to move, no problem! Cut all international help, reduce the Pali GDP/Capita of $3.1k to Somalia level : $104/year…

and make their lives really miserable while placarding pictures of the project everywhere.

BTW, no room for Hamas and PLO members : move them to Battle-Royale island 🙂

My posts get deleted yet you can spout zionist spam propaganda all day in support of theft and begging for more free stuff.

How about prove netenyahoo is even a Jew religiously or genetically using the prophets and mosaic laws. It can’t be done

Considering that Jimmy Carter said Israel has 400 nuclear warheads, that Colin Powell said there were 200 in the megaton+ yield, that Dimona is a replica of Marcoules which…

produced enough to make 3,000 warheads in the same lapse of time (Marcoules production of mil-grade fissiles stopped for a while, in parallel of an arsenal much bigger than we confess, we have 30t…

of such fissiles in reserve. Considering the budgets, the uranium and other necessary ores Israel procured over decades, the Carter/Powell figure is absolutely realistic…

Moreover, they have a 1973 patent allowing to not need centrifugals and have even better and faster enrichment through very small labs instead of huge factories…

It would depend on winds, but, with a 1-5km/h wind, it’d take only 40x 1 megaton yield warheads doing surface blasts to have the whole Iranian…

Moreover, Israel has what is called 2nd strike, meaning that they can launch even if they’re totally wiped out. Another point is they’re world #1 in bio-technologies…

If they signed the convention anti-chemical warfare, they didn’t signed the one on biological-warfare…

I just hope that if some follow your genius advise, Israel will only use nukes : the problem with bio-weapons, and that’s why everybody but them…

agreed to ban these, it’s once released, they’re totally out of control. Viruses and bacterias can even have mutations so even vaccines soon may…

And I prefer not imagine what genetic engineering can achieve in this domain. So you’d better hope nobody follows your genius idea…

Remain calm. This is only provocation. Syrian Golan will be repatriated under the aegis of the United Nations. It will be peaceful. 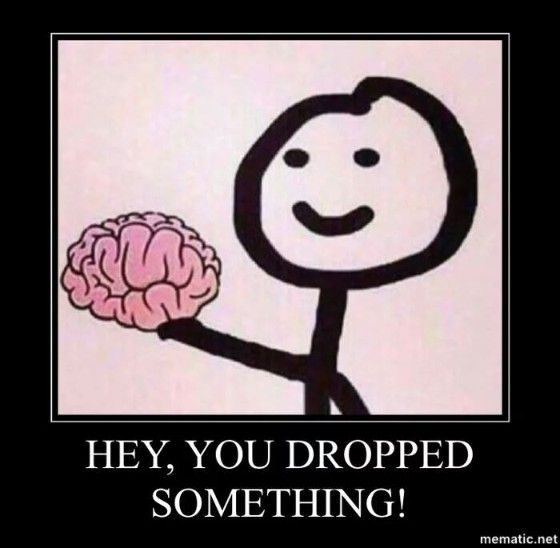 “a military operation could have been carried out to force Israel into leave this region”
=> By whom? When US-Navy did a drill-invasion attempt on Israel, it ended as a total disaster!

For the region, Erdogan is a greater threat to peace than Trump.

Faruk Logoglu must have missed some history lessons : Golan Heights were already part of the Brit mandate, Syria lost it when they illegally aggressed Israel in 1967. GH has been annexed in 1981…

It’s under Israeli control for 52 years and everybody knows Syria will never get it back. This will change nothing if USA recognises GH as Israeli… Now I see the follow up coming!

Russia recognises GH as Israeli, USA recognises Crimea as Russian?. Trump ain’t acting “like a bull in a china shop”, he’s a genius!

Do not be naive.

“It contradicts Resolution 242 of the UN Security Council, and, more importantly, goes against the fundamental principle of international law”
=> Whatabout Cyprus or Afrin???

“when Syrian finally regains its strength, it will be able to give a decisive rebuff to Israel” ????????????? With how Syria was viciously destroyed by Turkey, she’s nowhere near from regaining strength.

“Turkey must in practice demonstrate its commitment to its statement about the territorial integrity of Syria by establishing a direct dialogue with the Syrian authorities.”

ABOUT US
Al-Masdar Al-'Arabi (The Arab Source / المصدر نيوز) is dedicated to providing the latest news and analysis from the Arab world.
Contact us: [email protected]
FOLLOW US
© Copyright 2014 - 2018 Al Masdar News | المصدر نيوز - All Rights Reserved | Cloud by Epic
wpDiscuz
48
0
Would love your thoughts, please comment.x
()
x
| Reply
You are going to send email to
Move Comment
Translate into
AfrikaansAlbanianArabicArmenianAzerbaijanBasqueBelarusianBosnianBulgarianCatalanChineseCroatianCzechDanishDutchEnglishEstonianFinishFrenchGalicianGeorgianGermanGreekHaitian(Creole)HungarianIcelandicIndonesianIrishItalianJapaneseKazakhKoreanKyrgyzLatinLatvianLithuanianMacedonianMalagasyMalayMalteseMongolianNorwegianPersianPolishPortugueseRomanianRussianSerbianSlovakianSlovenianSpanishSwahiliSwedishTagalogTajikTatarThaiTurkishUkrainianUzbekVietnameseWelshYiddish