BEIRUT, LEBANON (9:30 P.M.) – The Syrian presidency revealed on Saturday, Damascus’ conditions for talking to the Americans.

The Syrian presidential advisor, Buthaina Shaaban, said in statements to the Al-Mayadeen channel:

Shaaban explained, “The targeting of Syria is due to the central role of Damascus in the region and the axis of resistance, and that President Assad’s link between terrorism and the Caesar Act and the United States and Israel is important because they are all parts of one scenario, and the demands that they placed in the Caesar Act mean that we hand them what they want, and thus rob Syria’s independent decision.”

The presidential adviser pointed out that “only the Arabs are afraid of the American administration despite the absence of unipolarity,” adding that “President Bashar al-Assad’s speech before the People’s Assembly was decisive, as he emphasized that the strategic vision should produce implementable plans, and that the Syrian President presented a clear vision for the official and the citizen for the stage.”

Shaaban’s comments to Al-Mayadeen came a day after U.S. Secretary of State Mike Pompeo revealed that President Donald Trump sent a letter to his Syrian counterpart about direct dialogue over the case of missing journalist, Austin Tice, who was kidnapped in rural Damascus in 2012.

Share this article:
ALSO READ  Water begins to finally return to over 1 million people in Al-Hasakah 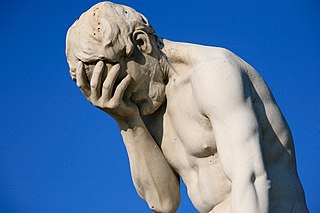 With advisors like Buthaina Shaaban, Syria is TARFU
When you don’t understand and things look like absurd, turn the problem and look at it on other angles. F*cking think out of the box! At the present day, first, the US presence is useful and so will it be until the Turkish invasion will be kicked out, then, was Mr. Assad into real-politik, he definitively could gain great profit from talking with the US and even Israel : Politik is the art of possible, not of the impossible. You need to know when to be elastic, stubbornness doesn’t pays!