Erdogan attacks Macron ‘in defense’ of Azerbaijan and Islam

Armenia is fighting against 3 hostile parties in Karabakh: FM

Sudan to include Hezbollah on terror list per Israeli peace agreement: US official

Trump to take part in Karabakh negotiations between Azerbaijan and Armenia

DAMASCUS, SYRIA (11:50 P.M.) – The IRAM missile launcher, nicknamed the Golan-300 by troops using it, has been put into service by the Syrian Arab Army’s (SAA) 4th Mechanized Division as the latter prepares to squeeze the East Ghouta pocket into submission through deadly close-range ‘Elephant’ missiles.

This type of mobile artillery piece is capable of launching twelve large missiles towards hostile positions in less than a minute and will prove vital for further counter-insurgency operations in the East Ghouta.

Somewhat low-quality footage of the 4th Division’s new weapon can be found below:

The 4th Mechanized Division, generously supplied with state-of-the-art weaponry by the Military High Command, is considered the most seasoned branch of the SAA and has singlehandedly eliminated a dozen opposition pockets in and around Damascus since 2012.

Since the beginning of the conflict, the 4th Mechanized Division has been deployed exclusively in Damascus to safeguard the Syrian capital. In 2017 however, the division has been split up with elements serving in Deir Ezzor, Hama, Rif Dimashq and the East Ghouta all at once.

What mercenaries? Azerbaijani President says ‘no evidence’ of foreign fighters in Karabakh

Not the best idea to have an enclosure like this :
having the rockets in cannisters make it much easier to reload : 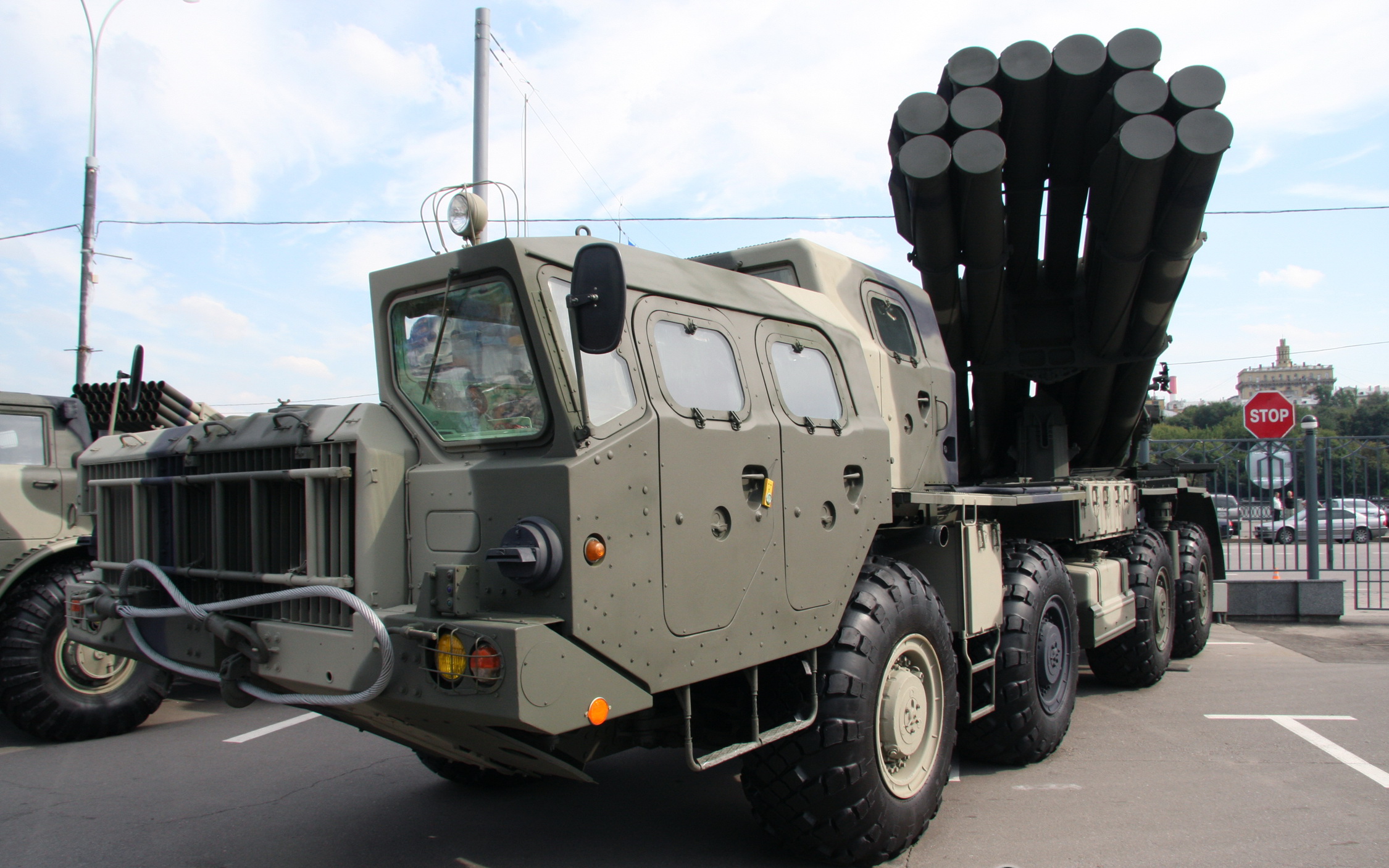