Russian Navy to get major boost with dozens of new warships

BEIRUT, LEBANON (3:45 P.M.) – The Syrian Arab Army (SAA) has been engaged in a fierce battle with the jihadist rebels in the northeastern countryside of Latakia these past ten days.

While the clashes continue to rage at the southern axis of Kabani, little progress has been made on the ground since the Syrian Army scored a major advance at this front last month.

Over the past two weeks, the Syrian Army has sent hundreds of reinforcements to the Kabani front to help aid in this imperative battle.

Leading the charge to capture Kabani is the 42nd Brigade of the 4th Armored Division; they are being assisted by many units from the military, including the Republican Guard.

On the other side of the battle, the two jihadist groups, Hay’at Tahrir Al-Sham and the Turkestan Islamic Party, are leading the defense of Kabani.

These aforementioned jihadist groups have controlled this mountainous area near the Turkish border for several years now.

In the coming weeks, this battle is expected to intensify as the Syrian Army shifts their focus to this front. 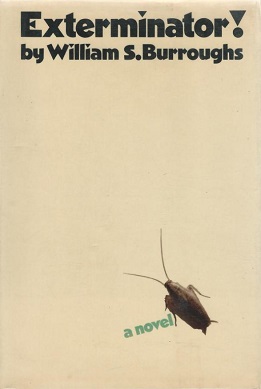 Time for pest control!
I’ve found a picture of an online mujahideen!
http://www.cineoutsider.com/reviews/pix/n/na/nakedlunch2.jpg
It proves I was right again : they are cockroaches.

Humm, a single piece of artillery where there must be at least 10 of this. Not wonder, it has been taken SO LONG to make any advance in this area.

That’s called budget cuts. Look, Lebanon still hasn’t recovered from the 19 years civil-war Arafat started in 1975 and the stupid one Nasrallah started in 2006 has cut 20% of the economy… What do you think? SAA is fighting on loans and Syria will need a Marshall-plan.