The Syrian Army recaptured the sawmills area in west Aleppo two hours after the Islamist forces captured it following a successful ambush that reportedly left 35 militants neutralized with many more wounded.

The jihadists stopped their attacks in that region after the heavy blow in both manpower and equipment. Meanwhile, Fateh Halab militants launched a major offensive in Ramoussah district from inside the city to attempt to flank the artillery base. The attack was ignited by two huge tunnel explosions in the district. It was repelled nonetheless with minimal gains and heavy casualties on the opposition side.

On the other side, Jaish Al-Fateh militants succeeded in capturing Amiriyah hill that lies south of Mahrouqat hill that was recently recaptured by the Syrian Armed Forces. Two military leaders from Faylaq Al-Sham were reported dead, Mohammad Hassan Al-Khatib and Haytham Al-Darwish. Ahrar Al-Sham media sources reported the death of its 5th Brigade Commander, Abu Hamza Al-Shami with many more rebel groups like Jaish Al-Islam reporting the deaths of military commanders and militants.

It is important to note that there were many unconfirmed reports of rebel utilization of chemical weapons in southwest Aleppo in an attempt to advance in the region. Such a claim wouldn’t be far-fetched since rebels in Aleppo have used chemical weapons before in Khan Al-Assal against government troops and in Sheikh Maqsoud last February against the Kurdish YPG-held district. However, we still await official reports and footage from the Aleppo hospitals in order to confirm those claims.

Syria’s largest city has been the site of the deadliest clashes following the breakage of the ceasefire months earlier when jihadist factions launched massive offensives in south Aleppo to capture Al-Eis and Khan Touman towns. The victor of this fateful battle is likely to define the course of the conflict.

Advertisements
Share this article:
ALSO READ  US threatens UAE with sanctions if they help Syria

Not bad. Better than yesterday.

please show in english i am from pakistan

Although the situation is not comparable in any shape or form. This battle is probably just as important as Stalingrad in WW2. 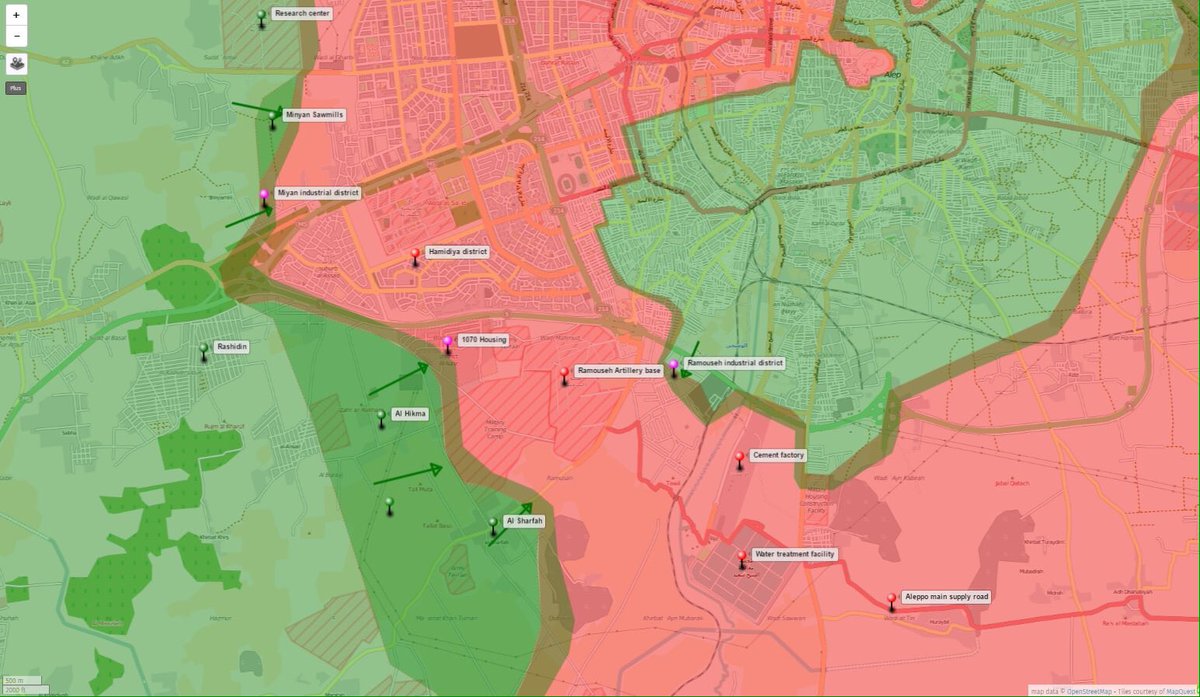 Because Twitter is the Ultimate Source of Credible Propaganda … is it?

@leithfadel i cant read the almasdar , the site have some problems.