US claims Iran is stepping up support to Houthis

DAMASCUS, SYRIA (2:35 P.M.) – The Syrian Arab Army (SAA) resumed their large-scale offensive in the West Ghouta region of rural Damascus on Friday, targeting the strategic town of Khan Al-Sheih that is under the control of Jabhat Fateh Al-Sham (formerly Al-Nusra Front).

Led by the 4th and 7th divisions, the Syrian Arab Army managed to capture the Air Defense Base situated along the last jihadist-controlled road leading to Khan Al-Sheih on Friday morning.

The seizure of the Air Defense Base allowed the Syrian Arab Army to impose fire control over the Zakiyah-Khan Al-Sheih Road, leaving Jabhat Fateh Al-Sham and their allies completely encircled at Khan Al-Sheih.

In addition to the advance at the Zakiyah-Khan Al-Sheih Road, the Syrian Armed Forces also seized several farms near Khan Al-Sheih’s northwestern axis after a fierce battle with Jabhat Fateh Al-Sham.

Advertisements
Share this article:
ALSO READ  'Maybe it was the Belgian Air Force': Netanyahu on last night's airstrikes in Syria

prince teutonic
You can flag a comment by clicking its flag icon. Website admin will know that you reported it. Admins may or may not choose to remove the comment or block the author. And please don't worry, your report will be anonymous.

After Khan Al-Sheih falls, Zakiyah will surrender soon and then one more pocket around Damascus is closed!

Well, this is serious encirclement : 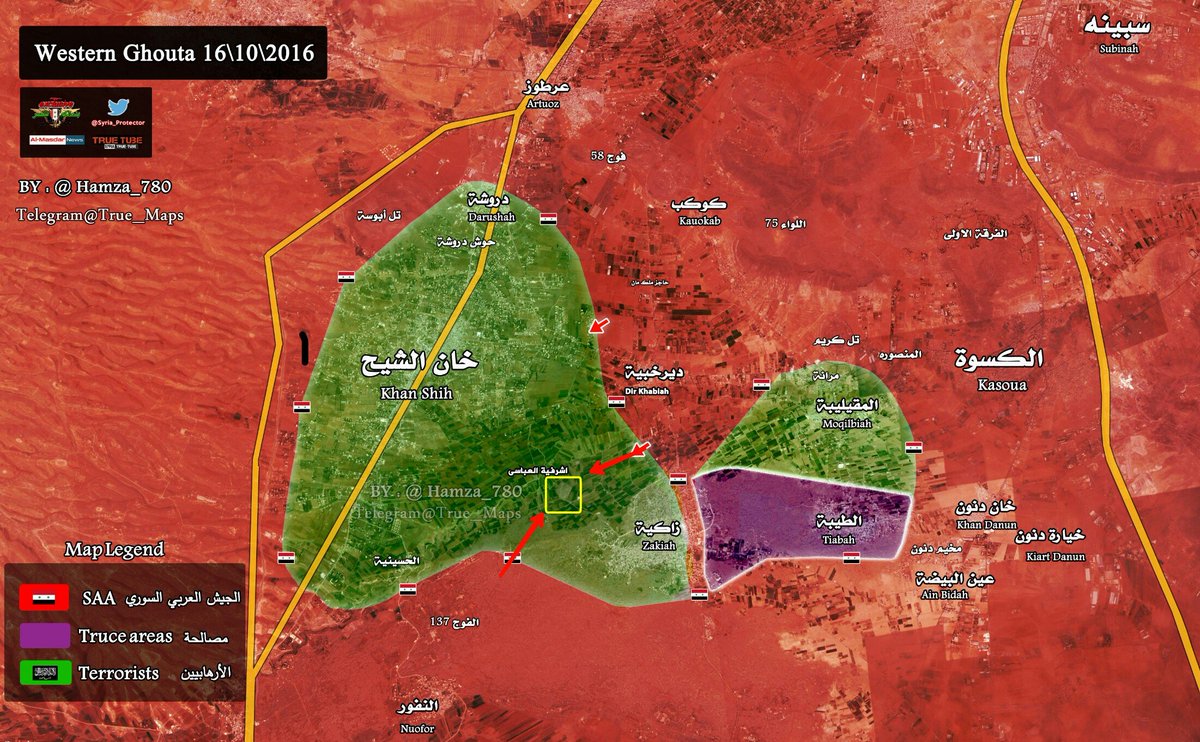 The pocket has been cut in two parts!