US to purchase 8 of Trump’s ‘super-duper’ missiles

BEIRUT, LEBANON (5:30 P.M.) – The Syrian Arab Army (SAA) continued their large-scale offensive in eastern Aleppo today after taking a brief hiatus in order to negotiate a possible exit for the jihadist rebels.

With no agreement put in place, the Syrian Arab Army launched a powerful assault inside the final districts under jihadist control; this would result in a series of intense firefights that would last for much of the day.

Led by the elite Tiger Forces, the Syrian Arab Army managed to capture most the Al-Sahleen and Bab Al-Maqam Neighborhoods after overpowering the jihadist rebels of Fatah Halab and Jaysh Al-Fateh on Sunday afternoon.

According to a military source in Aleppo, the Tiger Forces and Desert Hawks Brigade are on the verge of seizing the remaining areas under jihadist rebel control, including the Bustan Al-Qasir and Sukkari districts.

In the coming days, the Syrian Armed Forces will likely attempt to negotiate a deal with the jihadist rebels in order to surrender the east Aleppo pocket in exchange for safe passage to the Anadan Plains or Idlib.

At least a good new today.
I found a good pic for those who don’t understand Syria’s situation : 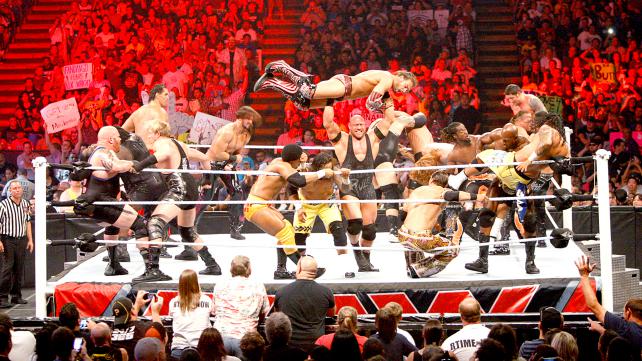 Daeshbag, I am trying to think of a similar situation in history where so many otherwise disparate nations have been involved with the virtual destruction of two adjoined countries ( in this current conflict obviously Syria and Iraq) ?

You seem to know everything, so do you have an answer 🙂

Thank you for your answer IncrediblePaul.

I have now revised the detail of what I forgot from my school days rather a long time ago 🙂 It is a change to see that Britain was not drenched with the blood of others for once.

Yeeep! The 30y war is one of the very fews. The war of 7 Kingdoms in China was also to be compared, although it lasted for several centuries and probably was much more lethal : sometimes, in a single battle, there was +100k dead ppl in less than 3 days! They already had serious strategies at this time. If Roman empire had try to push to China at this time, they’d have faced very very serious problems… “You seem to know everything” => Surely not! Actually, I even ask myself how I can have memorized so many things I have… Read more »

Remember that you need to buy a very expensive present for your wife or girlfriend. Or both I suppose. 🙂

Turkey is not attack by terrorist it by Kurdish civilians whom Erdogan wants to finished up by killing while labeling them terrorist to have a excused from Russia and USA.

Kerry has out smart Lavrov with the good trap.The weapons that obama was referring to is already station in Jordan and Turkye basis.The distribution is already ongoing.By forcing Russia for cease fire USA will suggest that their are going to send in troops to attack Raqqa so will weapons flow to ISIS and Damascus will be flatten soon.

There is not and will not be a ceasefire. And..Kerry hasn’t got the wherewithal to outsmart Lavrov in any sense of the word. The trap you referred to is very real but not as intended. Four thousand jihadists at close quarters will be like shooting fish in a barrel. Look for it.

Again ? A deal ? Just chop their head off.

Maybe Putin is preparing another ceasefire to please USA.