BEIRUT, LEBANON (1:45 P.M.) – The Syrian Arab Army’s elite 4th Division began a powerful assault on the jihadist-held areas in the northeastern countryside of the Latakia Governorate on Monday.

Led by the 42nd Brigade (Ghiath Forces), the 4th Division unleashed a large number of missiles towards Hay’at Tahrir Al-Sham’s positions inside the key mountaintop town of Kabani, which is situated near the Idlib Governorate border.

The Syrian Arab Army has yet to storm the jihadist positions in Kabani; however, this offensive is expected to commence in the next few days.

The Golan-1000 missile system was first introduced to the Syrian Arab Army last year; it was used in several battles, including the 4th Division’s offensives in Daraa, East Ghouta, and Beit Jinn.

The missile system itself was domestically-made by Syrian engineers in Damascus. 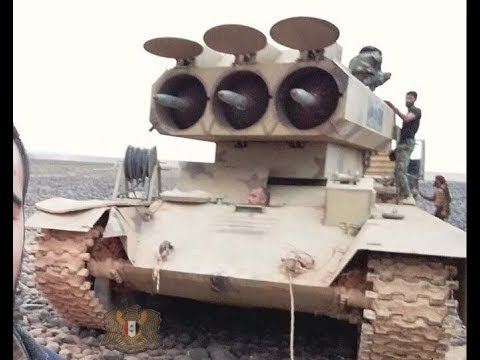 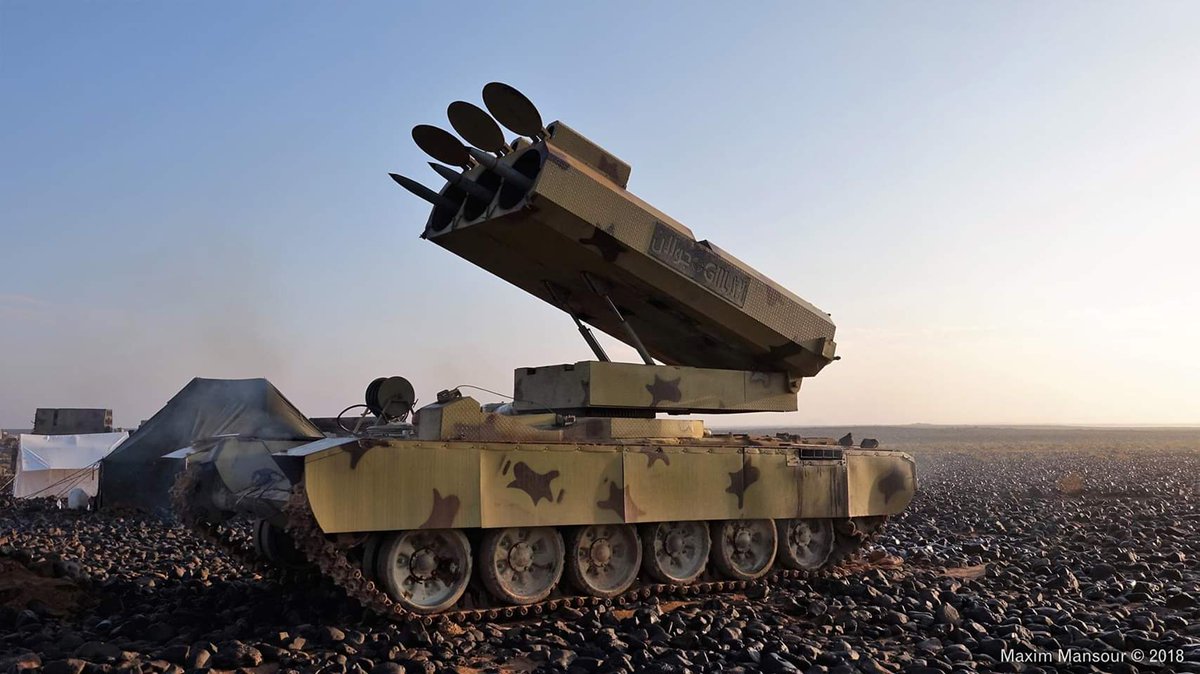 T-72 hull. Can deliver 500mm rockets loaded with 500kg HE-Frag IRAM rockets. These have a range of up to 6km. As fat as I could gather, no guidance systems for the rockets, so these are no missiles, these are “classic” artillery rockets… Well, not so classic since half a ton HE-Frag is totally uncommon in the MLRS world. The good side : will demolish any bunker or any house. You definitively don’t want to be around when an IRAM falls. The bad side : the short range : better not end facing a Kornet-E, ground-launched MMP/Hellfire or Javelin teams on… Read more »

But only Golan-1000 can destroy complete trenches and walls in a big area, flatten the complete defence system, And they are hidden behind houses

GOOGLE, ALPHABET AND YOUTUBE MUST COOK TILL VANISH, LIVE ON EARTH
https://warcraftking.tumblr.com/post/184575623349/promise-of-mohd-the-end-of-jews-promised-by

THE SUN SAID FOXNEWS, GOOGLE, ALPHABET AND YOUTUBE COOK TILL VANISH, LIVE ON EARTH FOR BLOCKING THE TRUTH ABOUT 2ND MOON.