The first two UR-100N UTTKh intercontinental ballistic missiles (ICBMs) outfitted with the Avangard nuclear boost-glide vehicle will go on experimental combat duty in coming weeks. Work is underway to prepare and place the missiles into silos, a source in the defense industry told TASS on Wednesday.

“In late November – early December, two UR-100N UTTKh missiles equipped with the hypersonic glide vehicles from the first regiment of Avangard systems will assume experimental combat duty in the Dombarovsky division of the Strategic Missile Force,” the source said.

Russia proceeds with Avangard hypersonic missile production according to schedule
Work is currently underway in the positioning area “to prepare both missiles and place them into the silos, check the operation of the regiment’s protected command post and carry out other measures,” the source added.

Russia’s Strategic Missile Force declined to comment over the phone on the information provided by the source. TASS has sent an inquiry to the Defense Ministry of Russia.

As another source in the defense industry told TASS in October last year, two Avangard regiments with six silo-based missiles each were due to assume combat duty in Russia.

Then-Deputy Defense Minister Yuri Borisov announced in March 2018 that a contract had been signed on the serial production of Avangard hypersonic missile systems. Commander of Russia’s Strategic Missile Force Sergei Karakayev reported in December 2018 that the first Avangard hypersonic missile systems would assume combat duty at the Dombarovsky missile division in the Orenburg Region in 2019.

The Avangard is a strategic intercontinental ballistic missile system equipped with a hypersonic glide vehicle. According to open sources, the ‘breakthrough’ weapon was developed by the Research and Production Association of Machine-Building (the town of Reutov, the Moscow Region) and was tested from 2004.

The glide vehicle is capable of flying at over 20 times the speed of sound in the dense layers of the atmosphere, maneuvering by its flight path and its altitude and breaching any anti-missile defense.

The new weapon was unveiled by Russian President Vladimir Putin in his State of the Nation Address to the Federal Assembly on March 1 last year.

The Russian leader told a board meeting of the Defense Ministry in late 2018 that Russia had launched serial production of Avangard hypersonic missile systems. Putin stressed at the time that the Avangard, along with Sarmat missiles and Kinzhal and Peresvet missile systems, would boost the potential of the Army and the Navy to guarantee Russia’s security for decades to come.

Not in dense layers : these are near the ground! Such vehicle best area of flight is to rebound between high altitude thin layers of the atmosphere and space’s vacuum, just like the WW2 Sanger’s Silbervogel project was intended to do ricochets :
http://alternathistory.com/files/users/user2927/-%D0%BF%D1%82%D0%B8%D1%86%D0%B03.jpg 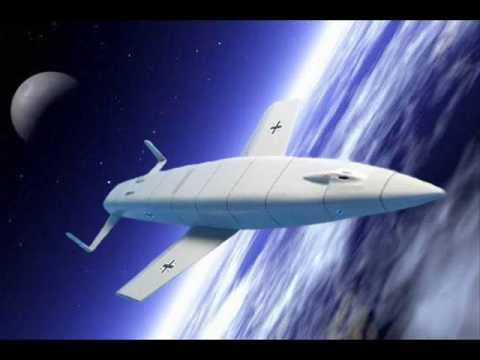 The Sarmat missile’s factory has burnt last spring (and frankly, this project was really DUMB!)