This attack resulted in the destruction of an alleged Hezbollah compound that was located in the Aqraba region of the Damascus Governorate.

According to a Syrian Arab Army (SAA) source, at least five Hezbollah military personnel were killed as a result of this Israeli attack.

While Israel managed to hit one of its main targets, a Russian publication reported that the Israeli Air Force was forced out of Syrian airspace as it was preparing for a second wave of strikes.

According to the Russian publication Tsargrad.TV, a Russian Su-35 jet took off from the Hmeimim Airbase and made their way towards the Mediterranean as the Israeli Air Force was preparing a second attack.

As a result of this move by the Russian Air Force, the Israeli Air Force was unable to complete their second round of strikes, the Russian aviation website Avia.Pro added.

It is worth noting that one day before these strikes, Israeli Prime Minister Benjamin Netanyahu held talks with Russian President Vladimir Putin.

Since this attack on Saturday evening, tensions between Israel and Iran have been at a month-long-high, as Lebanon’s Hezbollah has vowed to avenge their losses from the Israeli strikes.

The Russian Air Force should knock a few of those lousy Zionist planes out of the sky. No good reason why they should not

Oh, there’s a good reason : most of their hi-tech systems’ strategic components come out from the Elbit factory

Man you surpass yourself on every turn,gosh you’re so full of it ???? I I can’t breathe ??????? Israel wans’t even a fake country yet that the Russians already made planes and tanks. Israel couldn’t even complete its one and only fighter project with stolen french tech and had to use US-made engines on it on its only prototype ???? as for the only thing the Rusians once borrowed from them, which are drones , was an overt gesture of friendship towards their industry during sellout Medvedev’s time,and soon Russian generals complained about using foreign designs and asked Putin why… Read more »

About the fighter project, of course I meant the Lavi, no the Kfir that was a essentially a gift by the US through licencing and total ToT for the J79s + stolen french parts and know-how, with about zero merit to the whole undertaking apart from assembling. At least the Lavi could pretend to “some” Israeli-made elements like avionics and weapon-systems, a level of know-how which Iran handles as well while modernizing its vintage F-4, F-14 and Su-22/24 planes nowadays, so nothing really extraordinary here for either country, but still worth mentioning. But the Lavi’s power plant remained an issue… Read more »

The traitor Assad has made Syria no longer a free and prosperous state. Putin and Assad cooperate with Israel.Assad and Putin want Great Israel.

Countdown set before The DoucheBag finishes sniffing his daily coke before coming and explaining how fake this news is and add that in fact Nutty-Yahoo did Putin a favor by not downing its Sukhoi planes,huh Douchy????

Yes, the douche has already commented on the article about Israel possibly launching attacks from SDF areas. According to him it could have been Iran doing a FF, or maybe Turkey trying to foment animosity towards the Kurds. Anything but the truth, that Israel is a terrorist nation that flaunts international law and attacks those that oppose their goals of greater Israel. Soon he will be saying that Hezbollah attacked themselves in Lebanon to start a war with Israel using faked Israeli drones. He had one thing right in his post…if they repeat their lies enough, even they will believe… Read more »

Yeah he’s been stuck on a growingly ludicrous set of propaganda points for quite some time and has lost the modicum of plausibility he might have once had ove4 the past months,his PR is mediocre and badly flawed, the man is now utterly disconnected from basic realities, has lost common sense on top of hard facts on the ground de-facto contradicting his evey claim. Goebbels sure had its impact on his evening Hasbara classes though,you are quite right ot point that out. Relentless repetition of grosse lies is indeed part of the fascist propaganda playbook.

Now you’re speaking to yourself Gryz?
Shagging too much goats and here’s the result.

Oh, my favorite student has returned. Have you been multiplying again Douchy ? you seem to be loosing your mind quite literally mate, drop the fake accounts, as they won’t ever hide your renowned mediocrity, and too much duplicity will kill you, you know 😀 I mean your favorite and only line you learned to parrot from you masters in Farsi and you thought you weren’t spotted like a deer under headlights ? ahahahah you’re so cute 🙂 Oh, and as usual : Na Akhound, Na Shahzadeh, zende bad Jomhuri IRANI ! Marg Bar Rahbar, Marg bar Pahvali, Your King… Read more »

The terrorist are the Muslim Clerics and leaders who hide cowardly in a cave or tunnel and send out their Innocents with bombs attached to them to die and take innocent Israeli lives. Benjamin Netanyahu’s intelligence leads them to where those terrorist hide and plot throughout the Middle East. Righteous Shepard’s never send out the sheep God entrusts them to while they hide like cowards. The Koran even condemns them . They aren’t practicing Islam at all anymore than the KKK practices Christianity. If The Terrorist groups would follow Allah they would be so grateful for the great and plentiful… Read more »

Israel failed as all missile towars Irani bases were intercepted( by BukM2 and Pantsir)…then launched a Drone from US base in Iraq or Jordan to attack a house in Aqraba( southeast Damascus) killing 2 Hezbollah members!…thats why IAF tried to launch another airstrike but failed again because Russian SU 35 took off and were flying over mediterranean….then Israel launched 2 Cuadricopter drones guide by GPS loaded with plastic explosive from a fishing boat near the lebanon coast…

an IDF classic :when high-value military targets are out of grasp, switch on to soft defenseless ones. As their political machine needs permanent fake achievements to present to its war-hungry fascist electorate and possibly diminish his chances of ending up in a well-deserved prison trip by finally triggering a strong enough reaction from one of the many enemies he makes to escalate all the way to total war granting him immunity from further prosecution. Methods of a hopeless man.

6 rotors = no quad-copters. And Iranian copies of Chinese DJI M600pro, not GPS guided but control through a small emitter ranging 5km… 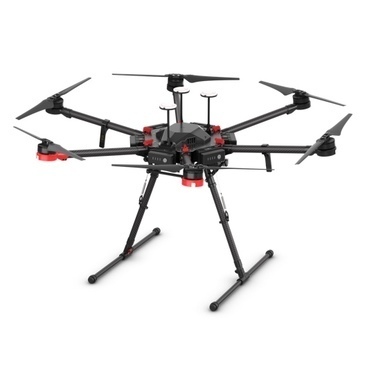 Why would they take many hours with a stupd fishing boat, sending operatives less than 5km from a stupid Hezbollah media wing with no military interest using improvised toys when they have a perfect weapon which works great at this and they can launch/guide it from Israel 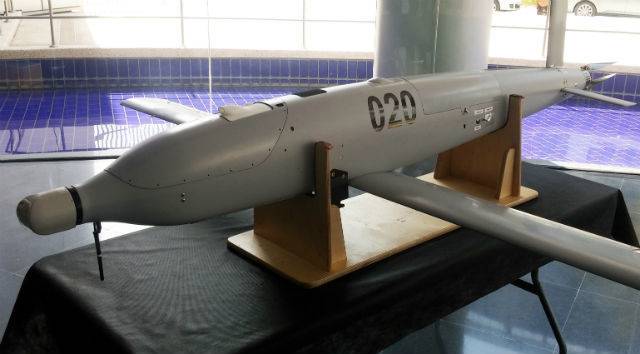 Good! Putin’s patience with Nuttyahoo has finally run out!

he’s not the one with the aces in the region.

Yes he is. Russia has big sway in Iraq. Anti-American sentiment also rife in Iraq. I may be only reading the sites with Resistance sympathies, but, still, there it is. Russia well placed with Egypt. Could be better but it is coming along. Lebanon mostly united against Israel with Hamas gonna come in with Hezbollah in the event of hostilities with Israel.

He is DoucheBag,he simply also sees Iran has a competitor in post-war Syria,and that’s the only temporary card Bibi has today,but it’s frail. As you can see,boudaries are set by the Tzar to the milimeter. And non-existing Elbit parts in Russian sunhoi’s won”t help the made-in-America microstate industries ?????? Wand its only fair to be honnest,why would Raytheon and Boeing let them provide anyone they don’t please with anything they can produce themselves as they do for Elbit and Rafael ?????

As soon as Putin turns his back , The Muslim Extremist nuts who incidentally study Koran out of context or not at all Will put a knife in Putin’s back because Putin is as much an infidel as Americans all angrouod are just using Putin and Putin using them absolutely 0 loyalty there. The only Countries that exercise Loyalty are America and Israel (We don’t leave ourwounded, dying, or dead warriors behind if so go back and rescue them but not so the Terroist groups. Over and over again their chickenshits . The Muslim radicals can’t love their Palestinian brothers… Read more »

IsraHell is a pure EVIL.

What is really happening here?

God knows??? All I know is war is evil and the sooner these poletitions grow brains and actually consider civilians lives over their reached selves the better. yes we should be killing terrorists or atleast imprisoning them but attacking innocent people or starting these full on wars over petty c**p is just as bad as terrorism….personally I think religion is a failed test of control over the masses, I also reckon petrol and food prices should be heavily reduced. both Israel and Russia should sit down and shut up I’m sick of both of them. NetinYahoo and Putin are both… Read more »