Erdogan tells Putin to ‘get out of our way’ in Syria

‘Idlib is inside Syria, not California’: Jaafari to UN Security Council

Turkish soldiers were embedded with militants when attacked by Syrian military: Russia

Last week, Vovan and Lexus, the Russian telephone pranksters known for their trolling of politicians from around the world, struck again, releasing audio of their conversations with US special representative for Venezuela Elliott Abrams where, posing as Swiss President Ueli Maurer, they got him to reveal important details on the US-backed effort to overthrow the Latin America’s country’s legitimate government.

Now, Sputnik has learned that along with Abrams, the pranksters also managed to prank Guaido himself. This, it turns out, explains last month’s diplomatic faux pass by Guaido, who claimed to have spoken to Maurer about freezing Venezuelan government accounts, while the president’s office denied that such a conversation ever took place.

Vladimir ‘Vovan’ Kuznetsov and Alexei ‘Lexus’ Stoliarov told Sputnik about their conversation with Guaido, which took place in the form of a phone conversation and back and forth emails.

“After the first conversation with Elliott Abrams, we were contacted by ‘ambassador of the new government of Venezuela’ Carlos Vecchio, who got our contact from Abrams in order to provide us with the necessary contact details and to agree on a time for our conversation with Guaido,” the pair explained.

The first odd detail they noticed was that Guaido insisted on holding the talks via WhatsApp or Skype in a bid to keep them secret.

Speaking as ‘Maurer’, the pranksters assured the opposition leader that he would be able to “manage” the frozen Venezuelan government accounts “as head of state.” “Excellent,” Guaido replied.

Told that funds would be transferred from Venezuelan officials’ accounts to a personal account created for him or his representative, Guaido said that “Yes, of course. I personally understand this situation.”

In a humourous moment, the pranksters sent Guaido a draft of the freeze request, mentioning ‘Lexus Vovanial Bank Ltd.’, a fictitious bank based on their nicknames where they suggested Venezuelan President Nicolas Maduro’s “criminal monies” were kept.

This conversation and draft request prompted a “delighted” Guaido to tell media about his conversation with ‘Maurer’, and the Swiss government’s later denial that such a conversation took place, Vovan and Lexus explained.

In a bid to keep the gag going following the ‘miscommunication’ between Guaido and Zurich, Vovan and Lexus contacted Abrams again, suggesting that the opposition leader had blabbed information which was supposed to stay confidential.

“We contacted Abrams and said that Guaido had made a mistake by revealing everything to the press,” the pranksters said, telling him that prematurely revealing the freeze could lead “members of Maduro’s clan” to “panic and withdraw all their money from Switzerland.”

To their surprise, Abrams took the bait, sending them an email in which he admitted that “Yes – that was an error on his part,” and promising to keep “everything confidential” in the future.

“I will let Guaido know, gently, that his comment was an error and should not be repeated,” Abrams wrote, offering some insight into the extent of Washington’s control of the opposition figure.

Excerpt from email conversation between ‘Maurer’ and Abrams.

Excerpt from email conversation between ‘Maurer’ and Abrams.

At this point, Vovan and Lexus contacted ‘Ambassador’ Vecchio, who also assured them that Guaido would not let this happen again. 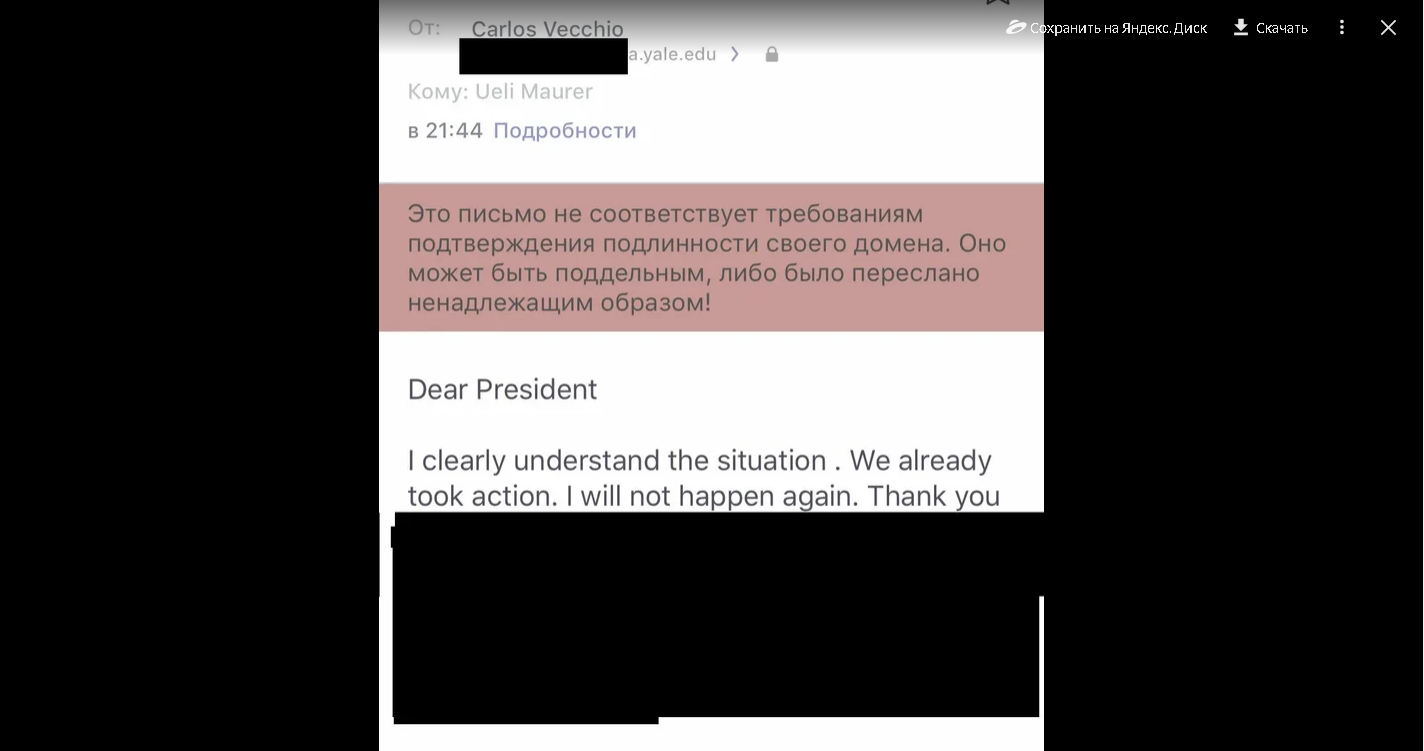 On February 20, Vecchio sent the pranksters a document, signed by Guaido, which confirmed his request to freeze any accounts belonging to the Venezuelan state in Switzerland, including in the fake “Lexus Vovanial Bank Ltd.”

The letter’s Spanish-language version contains a ‘presidential’ stamp and Guaido’s signature and title as “acting president of the Venezuelan Bolivarian Republic.”

In a final bit of fishing for info, the pranksters asked Guaido whether he would be reevaluating Caracas’s relations “with regimes such as Russia and China” in the event that the current Venezuelan government was toppled.

“Yes, we will try to review all of Venezuela’s diplomatic relations,” Guaido replied.

‘Useful to Keep Them Nervous’

The series of back and forth phone calls and emails is the second time Vovan and Lexus have gotten themselves involved in the Venezuelan crisis this month. Last week, the pranksters released the audio of their conversations with Abrams.

In the conversation, Abrams revealed that the US was not planning to use military force to depose the Venezuelan government, at least for the moment, and took an intense interest into whether Guaido’s team would receive access to the frozen accounts. He also warned of “reputational risks” for Swiss banks in the event that they didn’t freeze the accounts.

The political crisis in Venezuela escalated in late January, when Guaido, the leader of the semi-defunct National Assembly, proclaimed himself interim president.

The opposition figure was immediately recognized by the United States, Canada, multiple countries in the region. Multiple EU member states reocognized him a week later.

Weldon Cheek
You can flag a comment by clicking its flag icon. Website admin will know that you reported it. Admins may or may not choose to remove the comment or block the author. And please don't worry, your report will be anonymous.

Lol,how stupid are these people? All it would take is a quick check and the thing would be blown! Shows how easy they can screw up,lives could be lost in other circumstances!