Armenian forces shoot down another Turkish drone over Karabakh: photos

Fierce clashes breakout in Karabakh amid another Azerbaijani push

New footage of Turkish drone shot down by Armenian forces

Following the devastating loss of Palmyra on Sunday, the Syrian Arab Army (SAA) set up a new defensive line a few kilometers west of the famed city while exploring a potential counter-offensive.

Despite being heavily outnumbered, with some 1,000 government troops against an estimated 4,000-5,000 invading ISIS militants, several hundred additional Syrian soldiers arrived on Sunday afternoon in order to stiffen the SAA’s defenses and boost morale.

The new defensive line was reinforced exclusively by the ‘Qalamoun Shield’, a largely tribal faction of the Syrian Armed Forces which has its roots in the mountainous Damascus countryside. This unit will join elements of the SAA’s 11th Division, 18th Division, the National Defence Forces (NDF) and ‘Shaheen Group’ (Tiger Forces branch).

Should the Military High Command pursue a counter-offensive, SAA commanders could approach the task in two different ways.

In one scenario, the SAA would launch a rapid and remorseless counter-attack, thus denying ISIS any chance to fortify Palmyra and set up minefields on its vicinity; unfortunately, this instigates heavy casualties. Another somewhat cautious strategy would be to gradually retake the mountains around Palmyra while simultaneously unleashing Russian warplanes and Syrian artillery firepower on Islamic State positions inside the city.

In any case, the Syrian Armed Forces must bring in additional military personnel if government forces are to mount an unstoppable counter-offensive. However, mopping up the battle for Aleppo is absolutely instrumental for this to happen as most of the SAA’s seasoned soldiers are currently tied up in Syria’s largest city.

Pictures of Sunday’s Qalamoun Shield reinforcements can be found below:

For video confirmation of ISIS’ takeover of Palmyra, click here. Meanwhile, the latest map of Palmyra and the eastern Homs region can be found here.

The result of Lavrov – Kerry negotiations. It is known long time that isil will come from Mosul. Don´t understand why so much bullshits with f*****g americans. Clearly want to divorce forces for redeploying from Aleppo. Aleppo is key now. Bomb those bastards also with gas.

they look more like manifestants rather than contemporary army.

Sorry to ask but isn’t it a bit late for a counter-offensive?

The town is small.

The only positive point about the possibility of recapturing this city as fast as possible is the emptiness of this city of its people. Nothing more.

Assad must stay
Reply to  Amin

They should clear the mountains in the north of Palmyra, from Salamiyah until at least Shaer gas field.
Why not to clear the area soth-west of Al-Bab, taking Marran and Suran?
The Aleppo airport could be available for the jets.

Because they are spread thin and they cant do much anywhere without tiger forces and desert hawks. Proof? Hama counter offensive stalled when tiger forces left, and gains were only made by tiger forces. Dont be fooled by all these militias and newly formed 4th and 5th corps just for the war, they cant compete with ISIS – even with Syrian and Russian airstrikes at their most numerous and ferocious!

Agree.
Bad for Syria. But also for the stupids europeans. They will have a nest of crazy bearded guys. They will a price to pay.

batavian01
Reply to  Assad must stay

Attack on a new front. Go after Raqqa once Aleppo is secured, then Dier Ezzor and then turn West to trap ISIL between two fronts. 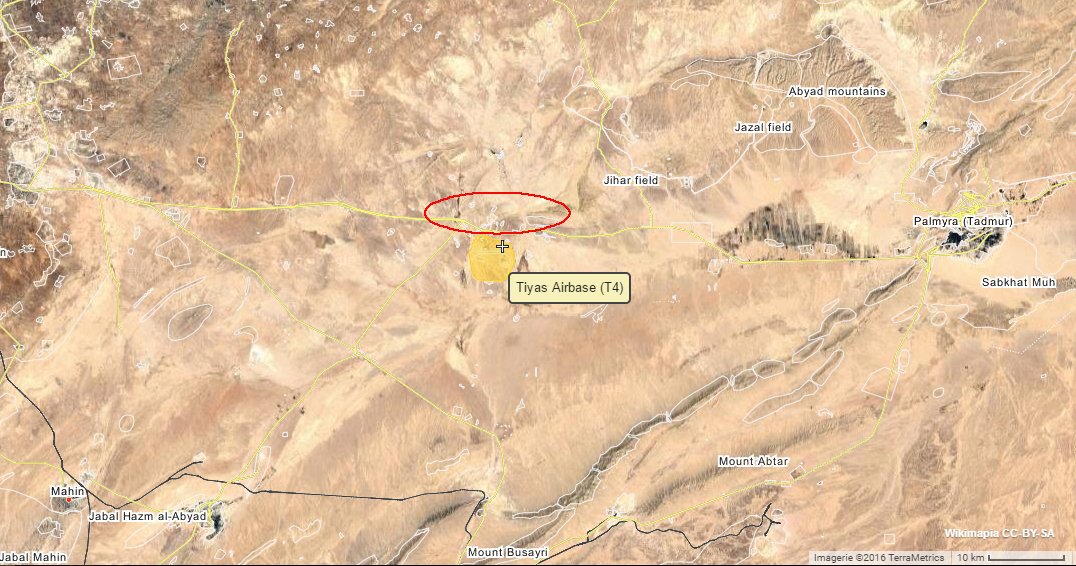 On a positive note, desert warfare has always ebbed and flowed. A good example being the campaigns in North Africa in WW2. Also IF the 4000/5000 Takfiris can be destroyed in the desert, the stalwart SAA defence on Dier Ezzor will be safer.

I hope so anyway.

So do I. And the key to desert warfare is always aerial : if you rule the sky, you win!

I can only say that the Syrian army must be completely incompetent to be so easily taken by surprise by so large a force in the middle of a desert.

who is this writing this? As if assad will partition syria and let zahreddine and the others in DEZ be slaughtered.

Syrian military officer who was in Palmyra wrote it.