BEIRUT, LEBANON (5:45 P.M.) – Palmyra (Tadmur) is facing a grave threat, as a large quantity of Islamic State terrorists attempt to enter this ancient desert city located in the eastern countryside of Homs.

ISIS has already seized several sites around the city today, including a number hilltops and checkpoints that were originally under the control of the Syrian Arab Army (SAA) and National Defense Forces (NDF).

According to a military source in T-4 Airport, ISIS has already seized Jabal Hayyan (overlooks Palmyra) and the Al-Mahr Oil Fields (north of city) after overrunning the National Defense Forces defenses this afternoon.

The Syrian Arab Army, backed by the Russian Air Force, liberated Palmyra earlier this year; however, since its capture, the government forces have remained idle at this front.

The Russian Air Force has reportedly transferred 4 attack helicopters to the T-4 Airport in order to help drive the terrorist forces east towards Deir Ezzor.

Well, some troops from other zones may be able to be added too, with all the pockets that are gone now. With some few choppers more, the roaches may receive their X-mas presents in advance : 72 virgin goats…

You have put me off Goats Cheese for life 🙂

Don’t worry, you can go on with goat cheese : they’ll have no success with them : 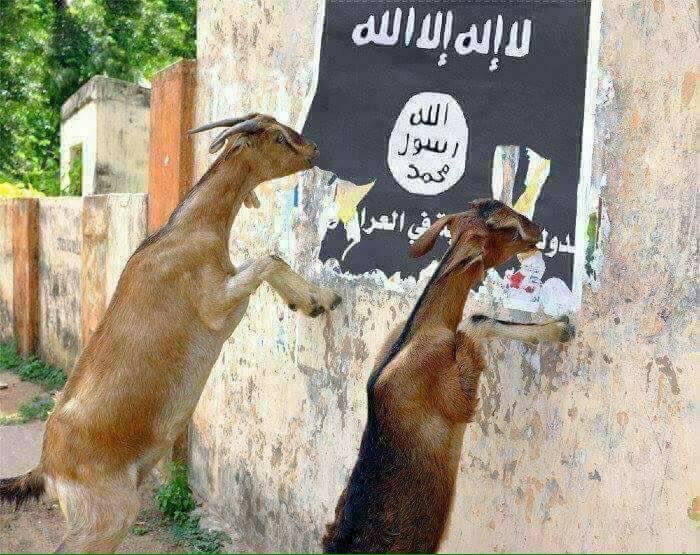 What is terrible is for Qataris : in 2013, they has already spent 3bln$ and the half was to buy goats and camel urine as it’s Daesh’s favourite drink. Well, they als had to buy a pair of boot for goats’ forward legs to avoid having them running.
Thus, as their model also shagged his dead aunt, well, women, even dead, still interesting partners for them.

Will a few choppers be enough? Palmyra and Deir Ezzor are IMHO more important than Mosul or Raqqa because the have oil, food, human resource and are less accessible.