BEIRUT, LEBANON (12:25 A.M.) – The son of Al-Qaeda founder, Osama bin Laden, has been allegedly killed in a covert strike, the New York Times revealed on Wednesday.

Citing two unnamed American officials, the NYT report said Hamza bin Laden, believed to be the new leader of Al-Qaeda, was killed in a covert strike that the U.S. played a role in.

“Details of the strike that killed him were scarce, including when and where. The United States government played a role in the operation, but it was not clear how, according to the officials, who discussed his death on the condition of anonymity because it involved sensitive operations and intelligence gathering,” the NYT report said.

The report added that the younger bin Laden was likely killed in a strike carried out along the Pakistan-Afghanistan border.

Prior to his reported death, the young Al-Qaeda leader often released recorded speeches that threatened the U.S. and several other nations.

As fake as his father death , lol people keeps believing this shít? They never killed osama , they never got him cuz he died like 20 years ago.. just another lie and invention from the filthy jews.

That’s why the Paki doctor who helped to determine if OBL was in the Abbottabad compound was convicted for treason, thus getting 33 years in jail sentence, despite US lobbying to expel him to the USA, that’s also why the Paki ISI had the full compound totally levelled to the ground… 20 years ago, we were in 1999… Seems that Pakistan is very pro-Jews : “Duped by fake news story, Pakistani minister threatens nuclear war with Israel” https://edition.cnn.com/2016/12/26/middleeast/israel-pakistan-fake-news-nuclear/index.html According to an extensive Reuters investigation published Friday, over 70 news sites have been spreading disinformation and pushing a pro-Tehran narrative in… Read more »

No one cares about your repetitive long a*s butthurt hasbara. Filthy jew.

In fact, the news came from NBC. Questioned by reporters in the Oval Office, US President Donald Trump did not confirm or deny the report. Two unnamed U.S. officials said he had been killed in a military operation targeting someone else in 2017 or 2018. They said the US government played an unclear role in his death. Hamza married a daughter of terrorist Abdullah Ahmed Abdullah when he was 17 years old that is believed to have taken place in Iran. In May 2017, a video was released in which he calls on his followers to attack Jews, Americans, Westerners… Read more »

Ooops, correction : In his last known public statement in 2018, which was released by al Qaeda’s media arm, he threatened Saudi Arabia and called on the people of the Arabian peninsula to revolt.
He was reportedly already dead in Feb. 2019 when the DoS offered an $1M for his whereabouts. 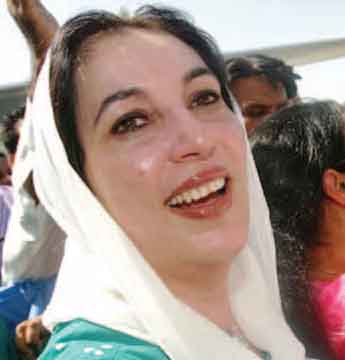