BEIRUT, LEBANON (4:10 P.M.) – The Kurdish-led “Syrian Democratic Forces” (SDF) liberated the Ja’bar Castle in the western countryside of the Al-Raqqa Governorate on Friday, killing and wounding several Islamic State terrorists in the process.

The Syrian Democratic Forces were able to seize the Ja’bar Castle on Friday after swiftly advancing along the western bank of the Euphrates River near Lake Al-Assad in western Al-Raqqa.

Kurdish media activists reported that as many as 22 Islamic State militants were killed during today’s military operation, marking another battle in which the terrorist group has lost a large number of fighters.

With Lake Al-Assad within distance, the Syrian Democratic Forces should be able to reach the Tabaqa Military Airport by the end of the month.

The terrorists of Erdogan take many months to becomes the big wiinners.

IS head of finance and intelligence killed in northern Syria
http://www.kurdistan24.net/en/news/b8deffcd-24c5-4eb1-9640-0768d6fa22bf/IS-head-of-finances-and-intelligence-killed-in-northern-Syria
Bye bye!

Just to correct, Qa’alat Jab’ar is on the left bank on the Euphrates/Lake Assad. AFAIK Kurds are yet to cross over Lake Assad to the western shore.

In order to reach the Qal’at Ja’bar Castle, like the Kurdish SDF, you can rent a taxi for the day in Aleppo. After Tabqa Dam was constructed the artificial Lake Assad was born. And Qal’at Ja’bar Castle, located on a hill over the Euphrates valley, is an island now – so You can go for a swimm. http://www.virtourist.com/asia/syria/aleppo/imatges/27.jpg 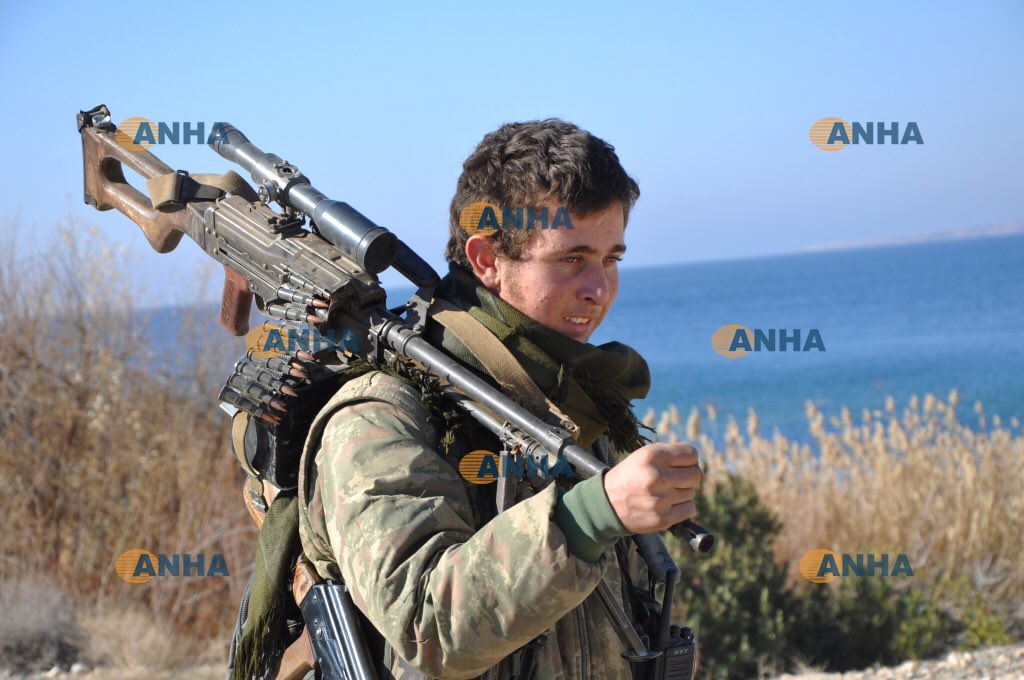