US confirms ‘largest seizure ever of Iranian fuel’

Russian Su-27 intercepts US aircraft for 3rd time this week

During the Israeli attack on Aqraba in rural Damascus, at least five members of Hezbollah were killed in the explosions, a source from the Syrian Armed Forces told Al-Masdar News this morning.

The Israeli strikes caused a series of explosions in southern and western Damascus that could be heard throughout the capital city.

Last night’s attack by the Israeli Armed Forces marked the third time this month that they have targeted a site inside of Syria.

The last reported attacks took place near the town of Meshta Al-Helou and city of Masyaf in western Syria.

However, unlike last night’s attack, the Israeli Ministry of Defense did not claim responsibility for these strikes in western Syria.

Israel has frequently bombed Syria since the start of the new year, with the majority of their strikes taking place inside the Damascus and Al-Quneitra governorates.

Will Hezbollah leave this unanswered ? And the drones over Beyrouth ? Israel understand only strengh. After a few missiles from Hamas they beg for an agreeement. After one or two IED Israël is in panick because Jew’s life is so so precious. To stop all those acts of agression only one solution : strike back forcefully.

Indeed, the Zionists are thugs who only understand the logic of force.

+1. As long as they choose to absorb attacks silently rather than setting a new precedent and changing the paradigm, Israeli aggressions will only grow bolder. As Egyptian general Shazli once said after the ’73 war, the Israelis only understand inking ententes and treaties when there is also the threat of a thick stick in your hands at the negotiation table. Indeed you cannot expect them to behave with reason, restraint or honor. As a parasitic entity plaguing regional stability at every turn and h**l-bent on constantly expanding beyond its internationally recognized borders by encroaching on valuable foreign lands from… Read more »

?????????? They’d better stop their expansionism : at this rate, Iranian cockroaches are right : in 25 years, Israel will have disappeared, at best it will be the size of Vatican ?????????? +++ “As Egyptian general Shazli once said after the ’73 war” => That he actually lost, so we can trust his competence ?????????? Oh, BTW, his boss Anwar al-Sadat also declared : “If we hadn’t Israel to fight against, we’d fight against each other”. Sadat attacked Libya in 1977, this ended in a superb blunder. Finally, he opted for a GENUINE peace treaty with Israel in 1979 and… Read more »

Nothing say Israeli idiot then excess use of emojis.

Nothing says Ayatoilets’ useful idiot than excess of attack ad nominem.
This is what brainwashed morons do when they’re unable to argue…
Their only way to feel great when sitting on the tower of power while you get your daily golden shower I suppose?

A tower of power is THIS BTW…
http://i.imgur.com/q8lC3vU.jpg

+++ “Will Hezbollah leave this unanswered ?” => Hezbollah asked for this for many years, getting hit this way is a long overdue for their decades at attacking Israelis and Jews all over the world. IDF would love their answer, especially if they shoot rockets into Israel : so they will massively hammer Hezbo at will and nobody but Iranian stooges will say anything about it. +++ “And the drones over Beyrouth ?” => would you prefer a squadron of F-15E dropping its 187 tons of bombs? +++”Israel understand only strengh” => Not really, they just swore two words :… Read more »

Still salty after your defeat in 2006, oh and I guess your daeshloving a*s is showing k**e.

+++ “Still salty after your defeat in 2006” => Actually, we didn’t teamed with IDF in combat since 1956. Holly fück, both US and Soviets ruined the job, even if it was a military victory, it ended a political blunder and Brits became the Yanee-poodle after this, what a pity. => AFAIK, the 2006 job was far from being a defeat : ceasefire was ordered by UNSC after Hezb promised to disarm, which they didn’t… IDF achieved a 14.2 kill ratio, this was very good : 650-850 Hezbollox terrorists dead for about 2,100 casualties in their ranks alone while they… Read more »

“qthat he actually lost, so we can trust his competence ” ????????????????????????? you mean when the Ipregnabke Bar-Lev li.e was lelted with high-pressure water cannon ? when crying Golda and Dayan begged Kissinger to intervene and threaten direct intervention against Sadat so that he doesn’t bomb the h**l out of Sharon’s wedge to easily liberate the third army and put an end to their counter-attack ? or was it when Operation Nikel Grass airlifted tens of thousands of tons of state-of-the-art equipemt urgently to callasping Israeli lines straight from American strategic stocks without even painting over some of them in… Read more »

Still, as usual, those attacking Israel were the LOSERS.
So are you…
What’s this Samuel Beckett quote? Ah, yes, here it is : 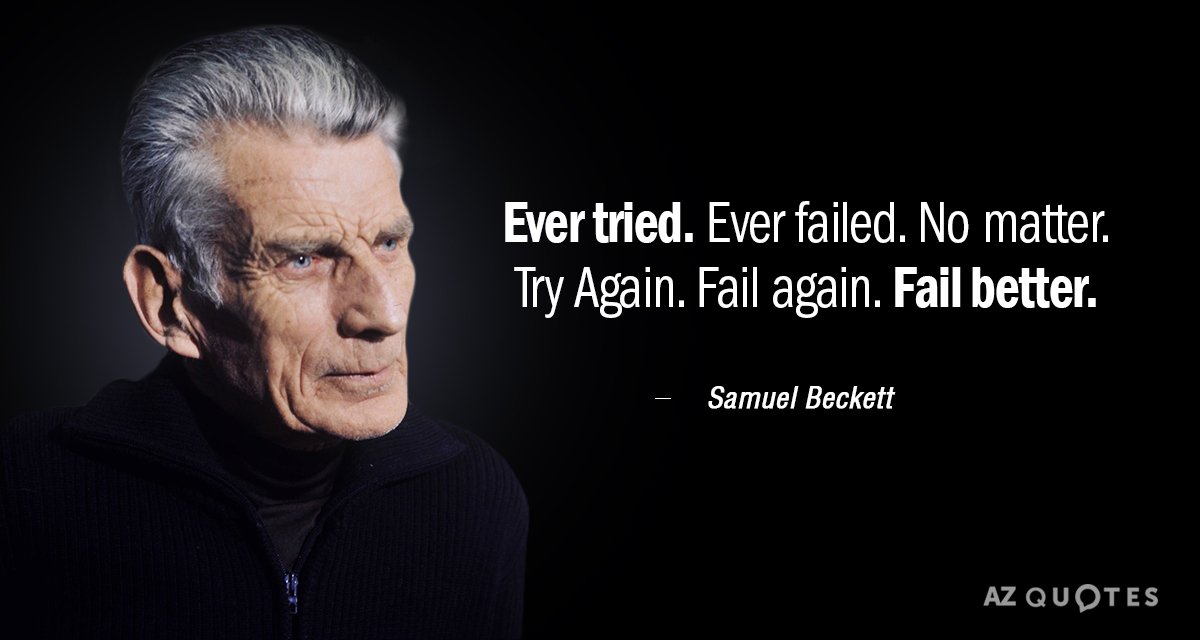 This is your destiny

Except they didn’t tried to grab land, they’ve just put up security measures. I must say that I’d have proceeded differently from them. Jews are too nice.
It doesn’t pays to be too nice… Nevertheless, all those who tried to annihilate them, themselves ended annihilated.
The curse in Genesis 12.3 has always worked.

5 more Hezbollah go underground.
Some IRGC too…
Can you ask your master how many IRGC and Hezbollox roaches the Israeli pest-control (IDF) service has sent to Allah in Syria?

“Nothing say Israeli idiot then excess use of emojis.” – Mike

The Zionist criminals are getting more brazen as Iran and Hezbollah have remained silent and this is attracting more attacks. It is time Hezbollah retaliate and call the Zionist bluff. The Zionists are very scared of dying and will not escalate into a disastrous full scale asymmetrical war which they simply don’t have the strategic mass to fight for a long time.

+++ “The Zionist criminals are getting more brazen as Iran and Hezbollah have remained silent” => Wrong : they shot 20 missiles over the Mt. Hermon ski resort, as a retaliation, 5 of the 19 IRGC bases in Syria were wiped out ?????????? Why do you think Salami replaced Jafari as IRGC boss? +++ “It is time Hezbollah retaliate and call the Zionist bluff.” => Wunderbar! So the missiles will be intercepted and IDF will wipe out the remaining IRGC bases. In IDF, it’s common to be bored with Jerusalem’s restraint. ?????????? +++ “The Zionists are very scared of dying”… Read more »

Hezbollah meaning “the party of Allah”, they should read Quran 5.21 and 17.104, then they’ll either become Zionist-Muslims or they’re ether morons or they’re not Muslims since Allah says the land of Israel belongs to the Jews. +++ “It is time Hezbollah retaliate and call the Zionist bluff.” => Nazirallah needs Hezbotox : he’s getting old +++ “The Zionists are very scared of dying” => Did you went to Israel to do a poll about the subject? +++ “and will not escalate into a disastrous full scale asymmetrical war” => Yeah, it will be as asymmetrical as stuffing 10kg using… Read more »

Iran, Hezbollah, Yemen, when those topics show up that where you find daeshbagsux showing his true colors as the Israeli scumbag that he is. Don’t believe anything he say about Syria and fighting daesh terrorist, he is mossad disinfo troll. He needs to be banned.

Yes ,and watch for his backup account “Nabka 2.0″that his Hasbara Trollfarm 101 evening classes told him to do. “Go forth and multiply” indeed huh ????????

Yeaaah right, a pro-Iran troll openly stating he wishes Khamenei and the regime be judged and hanged by its own people, but it’s my fault, I forgot how illiterate you were DoucheBag, it’s nlrmal you didn’t get it, keep digging,Nuclear Holocaust supporter ?????

Ah, always relying on attacks ad nominem prove you’re unable to counterargument. You’re irrelevant.
BTW, I didn’t rang your bell. Go bag to your doghouse, Khamenei will give you a bone.

+++ “his true colors as the Israeli scumbag that he is” => Oh, unfortunately not! I could make very good money was it the case : I have nice ideas on how making the Tavor X95 shoot bullets in Hamas heads from 1km+ or simply barely never missing targets while shooting a single bullet, to make an UZI-PDW even more efficient than using an AK-47U or a Vintorez while being 35cm long and weighting 1.3kg and many other stuff, I have also very interesting concepts for the air-force and navy, all being force-multipliers… Imagine Israel with aircraft carriers? Yup, they… Read more »

I would figure scumbag deashbagsux would be posting his filth on this article, truly are rat if there ever was one.

Hezbollah say two of their members died in the attack, which they say targeted a house they were in. The IDF however released satellite images of an installation where before/after images show two buildings destroyed. As usual with these things there are two conflicting versions of events. What really happened? The Israelis hit someone they didn’t like, that’s all we can be sure of.

An aircraft doesn’t carries a single bomb. It is not a problem to carry 24x Spice-250 or SDB under the wings of a F-16. Didn’t you noticed that neither Hezb nor IRGC publish their losses in Syria or if they do so, these are very low numbers… Do you really think that, even if a Pantsir launcher had 100% hits, and it’s far from being the case, its 12 missiles would be enough to take out 24 Spice-250 dropped by a single F-16? And usually, strikes are done by at least 2 aircraft, more often 4… 48 or 96 pretty… Read more »

Prayers for the deceased. May the find rest in the Lord’s Light. Sincere prayers for the families of the brave Warriors who give their lives for the Good Fight. I will mourn with you . ???️??