Egypt is preparing for massive military deal with European country

Ready for war? Largest Chinese base has full-scale model of Taiwan’s presidential palace

US ambassador lectures Lebanon on corruption, blames Hezbollah for problems

Iran vows to ship more fuel to Venezuela despite US threats

Chinese military progress is ‘real’ and potential threat to US: Pompeo

BEIRUT, LEBANON (7:30 P.M.) – For the first time this year, the Israeli Air Force has bombed the northern region of Syria, but the attack itself remains rather mysterious.

For one, a source from the Syrian military said they had no idea that an Israeli aircraft was anywhere near the Aleppo Governorate, let alone, inside of Syria.

Two, Israel has not officially taken responsibility for the attack on Syria’s Aleppo Governorate, despite some hints by Israeli Prime Minister Benjamin Netanyahu.

“Iran is constantly trying to place in Syria precision long-range missile [sic] that are very advanced and highly lethal missiles. We are not prepared to accept this. Our activity against Iran’s attempt to establish military bases in Syria and to place advanced weapons there continues all the time”, he said, as quoted by the Reuters News Agency.

However, a few days after the attack, some photos were released showing the aftermath of the Israeli bombing on the Sheikh Najjar District of Aleppo city.

Based on one of the photos released, the Israeli Air Force used a GBU-39 small diameter bomb, which is not necessarily out of the norm for them, but it does provide some insight into what aircraft might have been used during the attack.

Similar to last year’s attack by the Israeli Air Force on the town of Al-Safira in southern Aleppo, a GBU-39 bomb was used to strike several sites in the eastern part of the governorate.

According to the South Front publication, “the GBU-39 SBD is a (110 kg) precision-guided glide bomb designed by the US to provide aircraft with the ability to carry a higher number of more accurate bombs.

The GBU-39 SBD can be used against stationary targets such as ammo depots, bunkers, etc. The GBU-53 SDB II is upgrated (SIC) for gaining an ability of striking mobile targets.”

The South Front highlighted the issues with using one of Israel’s more common aircraft like the F-15 and F-16:

“However, the problem is that the GBU-39 SBD’s max operational range is 110 km and even a bit more. This can be done by an aircraft flying on a high speed and altitude. Such an aircraft will be an easy target for the Syrian Air Defense Forces’ long-range air-defense systems, such as S-200 air defense systems.”

This is an important detail because it would require Israel to use a stealth jet, like an F-35, to evade detection by the Syrian air defense units.

Some other observers have reported that the Israeli Air Force may have used an alternative route to bomb Aleppo, rather than their typical route from the Golan Heights.

The Israeli Air Force certainly could have entered Syria via the Latakia Governorate, which is located along the western coast of the country.

When the Israeli Air Force bombed western Syria on the night of September 17th, 2018, they entered the country from the Mediterranean Sea.

However, this incident also caused many problems for Israel as a Russian IL-20 reconnaissance aircraft was mistakenly shot down by the Syrian air defense forces.

Russia would later blame the Israeli Air Force for using the IL-20 as cover during their operation along the Syrian coast.

Nope, no need for high altitude launch! You can apply a bell-shaped trajectory from low altitude!
http://www.ausairpower.net/XIMG/tossbomb.gif

“Russia would later blame the Israeli Air Force for using the IL-20 as cover during their operation along the Syrian coast.”
=> Was more a way to…

Nevertheless, IRGC generals + Nasrallah have loud mouths, but they have small dïcks! Dog that barks doesn’t bites. No surprise Bashar needed to call Putin for help.

Nope! No need for high altitude launch! You can toss the bomb! 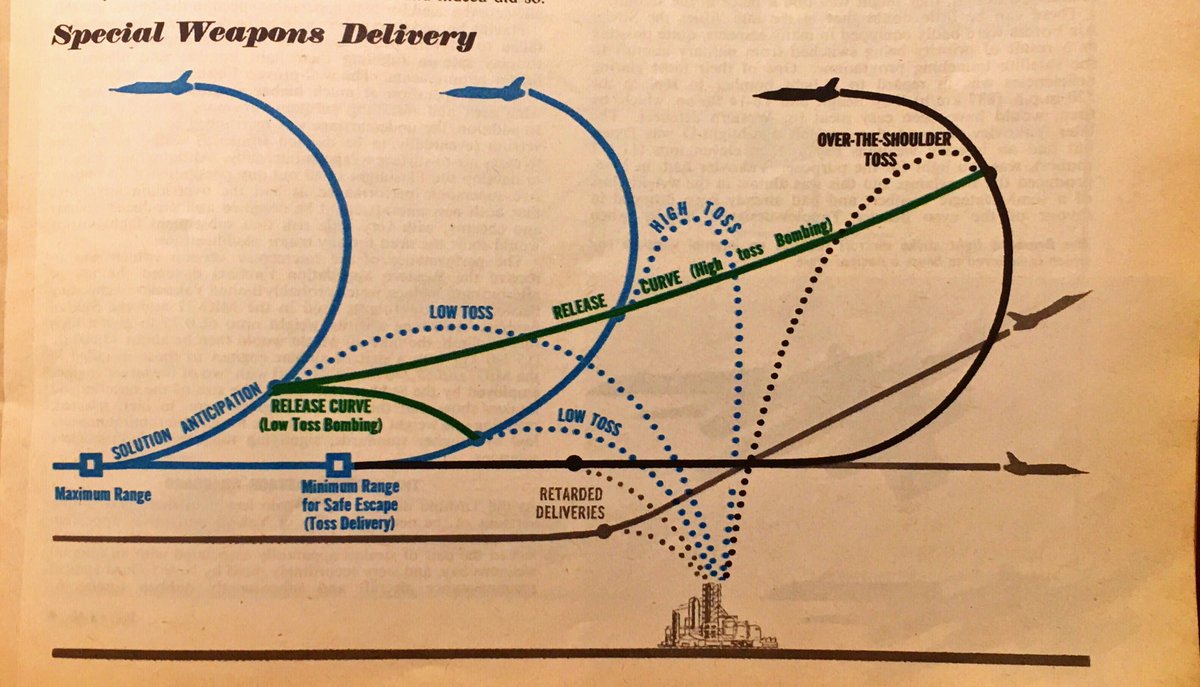 The gliding wings will open and so multiply the range…

IDF non stealth aircraft are so easy targets for S-200 that SyADF S-200 only managed to shoot down a single one in 33 years. SouthFront is full of ?
?????

Moreover, my two cents IDF would have no problem at asking Rafael or IAI to get a booster thus greatly augmenting SDB’s range!

“does provide some insight into what aircraft might have been used”
=> Just any in IDF or NATO inventory??????

“This is an important detail because it would require Israel to use a stealth jet, like an F-35, to evade detection by the Syrian air defense units”
=> No!

While flying at 100m altitude, ground radars can’t detect you further than 40km and you can fly lower than this and use relief to hide from radars too.

“because it would require Israel to use a stealth jet, like an F-35, to evade detection by the Syrian air defense units”
=> No way! Low frequency…

early warning radars, and even weather radars would have detected F-35 without problems. F-35 is a pain for hi-freq targetting radars and missiles seekers

You know they’re around, you just may not have enough accuracy to efficiently target them with classic air defence systems (or you’re client of Thales/MBDA/EuroSAM)

(and ONERA designed your IADS?, hey we had no problems having our Mirages following F-117 in the 80’s???)

Another point : a blackout occurred all over Aleppo but no powerplant was targetted. So, it’s obvious that some sort of conventional E-bomb was used. The subject being highly classified…

… here, I won’t discuss it further, nevertheless, I’ve already understated that Israeli potentially had such things in their trick-bag, now I’m 100% sure, period.

Note : I don’t agree with some “conclusions” written on the last picture, these are to push simpleton politicians into buying Lockheed c**p!

I mean on this one : 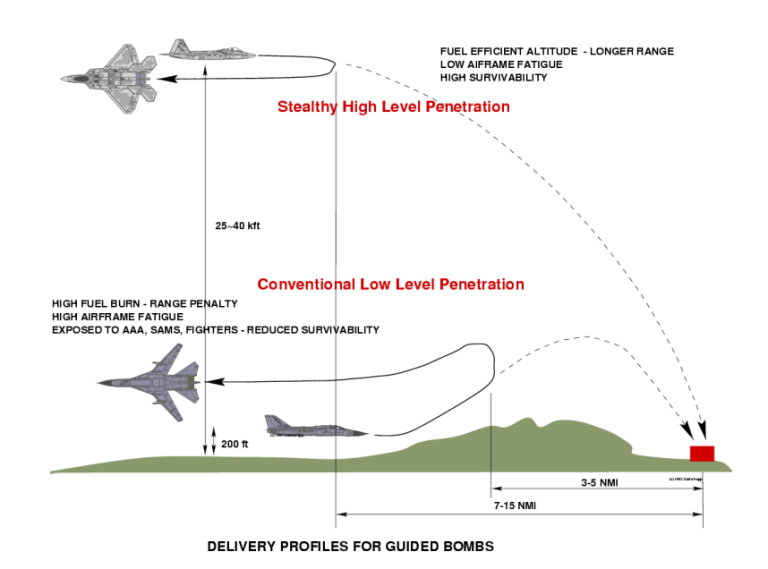 Seems the previus post of it doesn’t shows. AMN bot-censorship is driving me mad.

cover up both VKS and SyADF incompetence, thus blaming the loss of Il-20M on KHA. Russian MoD explanation may have worked with the general public…

Anyone with understanding of aerial warfare was ??? by their explanations, deeming it as total pile of poo ???.

It still was tragic for Il-20M crew but would have really hurt at Russian MoD+political level had the truth been told to the public.

ABOUT US
Al-Masdar Al-'Arabi (The Arab Source / المصدر نيوز) is dedicated to providing the latest news and analysis from the Arab world.
Contact us: [email protected]
FOLLOW US
© Copyright 2014 - 2018 Al Masdar News | المصدر نيوز - All Rights Reserved | Cloud by Epic
wpDiscuz
22
0
Would love your thoughts, please comment.x
()
x
| Reply
You are going to send email to
Move Comment
Translate into
AfrikaansAlbanianArabicArmenianAzerbaijanBasqueBelarusianBosnianBulgarianCatalanChineseCroatianCzechDanishDutchEnglishEstonianFinishFrenchGalicianGeorgianGermanGreekHaitian(Creole)HungarianIcelandicIndonesianIrishItalianJapaneseKazakhKoreanKyrgyzLatinLatvianLithuanianMacedonianMalagasyMalayMalteseMongolianNorwegianPersianPolishPortugueseRomanianRussianSerbianSlovakianSlovenianSpanishSwahiliSwedishTagalogTajikTatarThaiTurkishUkrainianUzbekVietnameseWelshYiddish