BEIRUT, LEBANON (12:45 P.M.) – As Syria’s western region is ravaged by flames, the Iranian government has come to the Arab Republic’s aid by firefighter crews and planes to help put out the massive fires.

According to a report from Al-Ikhbaria TV on Wednesday, Iranian firefighter planes were seen helping Syrian civil defense units put out the fires in several areas of western Syria.

Syria was lacking the necessary aircraft to put out these fires before Russia and Iran came to the aid of the Arab Republic; this has helped the war-torn country get several fires under control.

The wide-spread forest fires are believed to be the cause of the ten degree average increase in the temperature in the country. This, coupled with the absence of rain for several weeks, has played a major role in the spread of these forest fires.

Iranian ship nearly sinks off the coast of the UAE 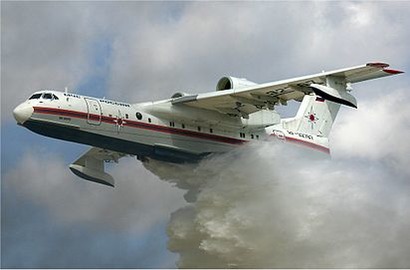 Exactly the Il-76 waterbomber I pointed a few hours ago herein. It’d been a pity Iran hadn’t sent it