BEIRUT, LEBANON (10:30 P.M.) –  The so-called “Islamic State of Iraq and Al-Sham” (ISIS) released a statement on Tuesday claiming their forces killed over 70+ Kurdish fighters in the western countryside of the Al-Raqqa Governorate.

The Syrian Democratic Forces have been on the offensive in the western countryside of Al-Raqqa for several days now, liberating large parts of the territory north of the Tabaqa Dam.

Recently, the Islamic State has sent a large number of reserves from west Palmyra to help fend off the SDF’s assault; this is one of the reasons why their resistance has increased in this region.

Sucks.
Thus, I’ll believe the 70+ when they’ll show once at all : hey, you listen to them, they destroyed Paris and Brussels, have downed 2/3 of VKS and USAF. They make the c**p of a cockroach the size of a mountain…

Kurds have conscription. What do they care if they loose 70+.

“Kurds have conscription.” – YPG is a volunteer militia. You’re referring to local council militias in Rojava, where locals do 6 months of military service in some strange attempt to slander them. Get a life.

@isbagsx Yes. In theory Syria has. That is why all the kids from families that can afford it are in Germany. LOL. But in Syria there are conditions to it that exempt a lot. No brother, sole kid, studying etc. pp. @ Pete, Yes I know. But the conscript militia does the holding operations. I do not slander any: Neither the conscripts nor the volunteers. For me: The people that serve their nation are all volunteers, only the draft dodgers are not.

I need more information about that. Im sure many SDF`s are killed too. I often see ISIS overestimate as well as others, but at least we have some numbers and a little more realism and has something to add and subtract with.

To me hard fighting are expected and going one. Of course ISIS has prepared a hard defenceline incl. counterattacks in front of it for enemy reduce.

“Claims that Jabar castle (Qal’at Ja’bar) was taken by ISIS is false. SDF is in control of the castle. Western Suwaydiya village located west of Raqqa city was facing 3 days of attacks from ISIS. The attacks have now been repelled by SDF”
-Ax Kurdistan

In other terms : habitual Amaq bullshit. They must have had Mahmoud “master crook” Abbas as teacher 😉

Ah, there’s some thumbdowner either not knowing Abbas embezzlement and lies or being a Daesh fanboy!

Probably someone mixed You up with the spammer that pedals his trading systems. Smile. p.s. There is a village with a similar name as the castle – maybe that changed hands twice?

I dont think its 100% fake. SDF were at the Dam. Then came airstrike support. After that came the “battle of the castle” and after that SDF moved their defence/attack line som km behind the irrigations channelsl and are now moving forwards in south East. Im sure closing the gab between Ain Isa and Tabqa is not only a walker. Its there ISIS has tryed to reach Tisran dam several times. Its no nothing and should get loses both ways. I dont think kurds has conscription, but its true they have campaignes, which make sense. If You want to be… Read more »

Nice video from SDF of this pure crusader-style castle
https://www.youtube.com/watch?v=OGoR7evUEto&sns=tw
What is coming : 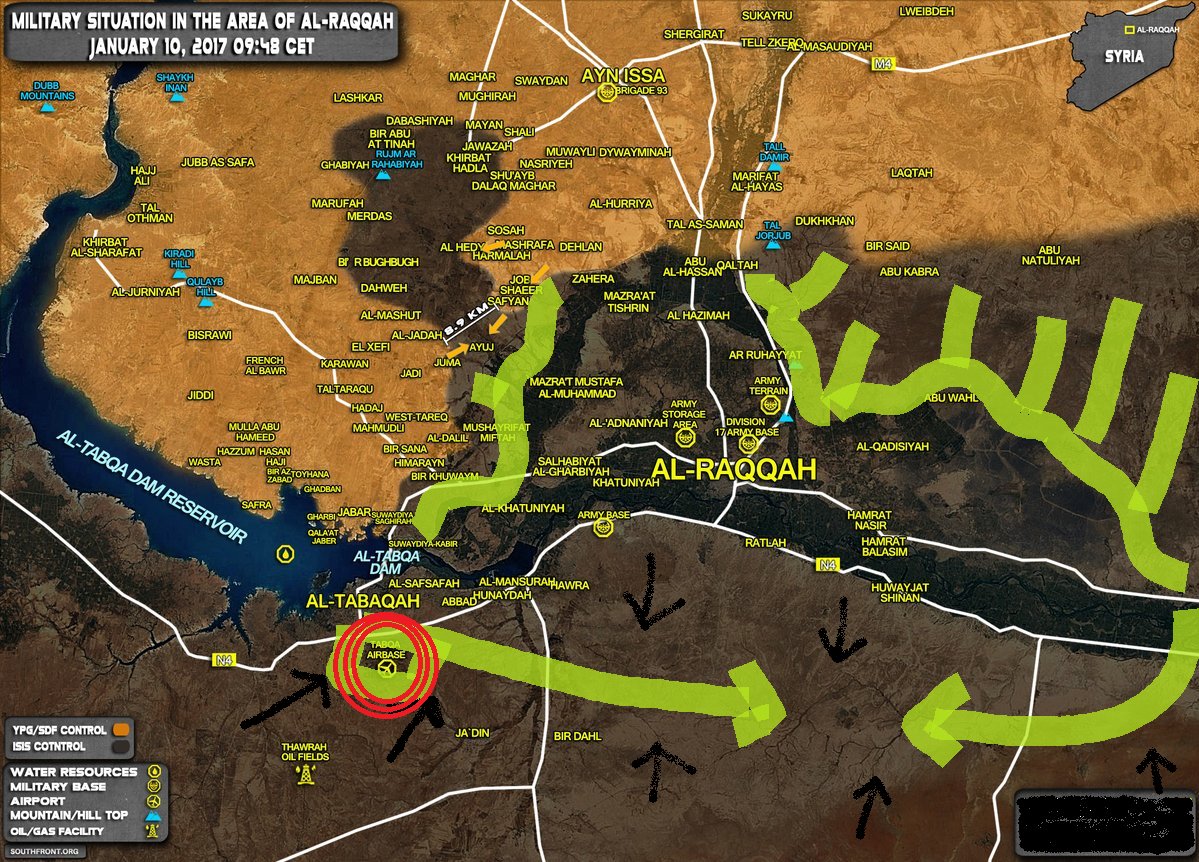