A longtime rebel-held town in Western Ghouta is set to surrender to the Syrian authorities following the recent advance made by the government forces in the area.

Al-Masdar News has exclusively learnt that Islamist fighters in Khan al-Shih in Western Ghouta will leave the town after weeks of negotiations with the Syrian authorities.

A military source has exclusively told Al-Masdar News that al-Qaeda fighters will leave to the northwestern province of Idlib, after their call to be resettled in Darra was repeatedly turned down by the government.

While some 1000 militants will be transferred to Idlib, those willing to stay will have their status settled by the Syrian authorities.

The recent progress made by the Syrian Armed Forces deep into the rebel bastion, in addition to the massive numbers of jihadists killed so far in the battles, has forced the jihadi groups to succumb to the conditions stipulated by the government forces.

Syrian government forces made a significant advance yesterday, capturing al-Qusour neighborhood after fierce battles with jihadi rebels, who have lost dozens of fighters including commanders.

AMN reporter confirmed that a ceasefire was put into force along the frontlines to pave the way for full implementation of the agreement, whereby militants will the town after handing over their heavy weapons.

I look forward to the day when the ground up bones of US sponsored Terrorists now being corralled in Idlib are used as fertiliser on the fields there.

The British used the ground up bones of the French dead to fertilise fields in England after the Battle of Waterloo.

Waterloo is in Belgium, ROFL! BTW, using enemies of the French republic’s blood as fertilizer is in the French national anthem, not in the Brit one 😉

You really are disingenuous at times Daeshbag. The Battle of Waterloo in 1815 was rather a large defeat for Napoleon of France as you well know. ROFL . BTW , I do happen to know that the site of the Battle is in Belgium. I was there last year for the anniversary festivities last year.

Yeah, I know, thus, it wasn’t the Brits who used french soldiers as fertilizer. Napoleon did a terrible mistake attacking Russia : if he didn’t, all Europe would speak French but Russia now… And remember what pushed Napo to power? When we dismissed the king, all neighbours attacked France as they were all families with him! Napo was a young general and b**t-kicked them all. You should get info about all the battles he won : pretty impressive! http://4.bp.blogspot.com/-OIYGpNTC-e0/TeUlJcpomQI/AAAAAAAAAjQ/bhgHXF-I2Fc/s1600/L%2527apog%25C3%25A9e+de+l%2527Empire.png He should have built a super-fleet and gone after the Brits. Russia’s a too big fish for anybody, then, once done,… Read more »

The British did use the bones of the French from Waterloo to make Bone Meal fertiliser. I am not proud of that but things were different then in Europe.

As for Napoleons victories, I full accept that he was a great commander, both in defeat as displayed by the personal heroism of the French soldiers in the retreat from Moscow and also in his many victories.

THIS REBELS MUST BE HUMILIATED

KILL THEM SO THEY WILL NOT BREED

Not always the best solution. In such case, Assad is doing the best thing : he avoids lotsa losses to SAA and civilians and also the destruction of the city, moreover, you need to mobilise 5-10 time the manpower besieged have to maintain the pressure on a pocket and/or retake it. It’s a win-win case for the besieged terrorists as in case of assault, they’ll all get killed and it’ll allow SAA to redeploy 5-10 times the manpower the green buses will move. Add to this that some are likely to give up jihad, especially locals and the roache have… Read more »

Its walls will stay in my mind forever. 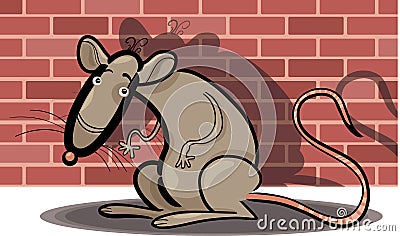 I miss you rats.