BEIRUT, LEBANON (4:30 P.M.) – The jihadist rebels of Hay’at Tahrir Al-Sham fired a large number of artillery shells and missiles towards Aleppo city this afternoon, causing several casualties and significant damage to many buildings.

According to a source from Aleppo city, the attack began when the jihadists detonated an IED inside the Sukkari District; this was followed by a flurry of missiles and artillery shells that were fired from the outskirts of the city.

Hayat Tahrir al-Sham primary targeted the Al-Khalidiyah District and Nile Street in Aleppo, killing and wounding more than 20 people in the process.

The jihadist attack was reportedly in response to the heavy airstrikes that were launched by the Russian Air Force on the Idlib Governorate.

These Russian airstrikes targeted Hay’at Tahrir Al-Sham’s supply route along the Aleppo-Idlib Highway near the key town of Ariha.

How long will Putin forbid the SAA to enter Idlib ? To please Erdogan ( selling of S400 !) hundred of Syrians were killed . Russia is not as reliable for Syria as the US are for Israel !

Yes sir, very nice and so wise words, my friend.

thank you…about time we call them out..russia under sanction…russia oil will not be goin to Europe in the near future..new pipeline by pass russia..s300 not for syria
for russia protection.selling weapons to faux ottoman
oligarch all jews putin closeness with bibi tells u all
Syria in eh BIND…

So now the russians must allow and assist the saa in a huge offensive to push the jihadisease rats into a smaller area that is easier to control, this attack is 100% on russias head, now its time to make a move.

Massive protests of Sudanese people in front of the military general command of the Sudanese army continue.

It’s already a good thing to have removed the disgusting genocidal criminal al-Bashir who was in bed with all the mofos possible : Carlos the Jackal, Osama, al-Qaeda, Hellbollah, Khamenei, the Bani-Saud, the Bani-Thani, the Ikhwan. Well, the problem is that if the transitional council resigns immediately, the power vacuum will be a disaster, it’s likely to go SHTF rapidly. Preparing a multipartism, a new constitution for a secular state that guarantees democracy, freedom of expression, of religion (and banning bigots from interfering the adult rational thing political activity is), etc etc… A transition is REALLY needed, even if it… Read more »

Although with all he has achieved, he’d largely would have deserved it, was he to become a “Crevette Bigeard” (Bigeard’s Shrimp), some may think he needs some concrete punishment 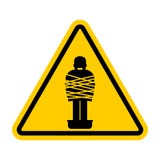 Thus the old school bucket is a bit outdated and a shitlamist like al-Bashir must be explained evolution and Darwinism :
http://orig10.deviantart.net/0b60/f/2010/223/f/c/cement_shoes_by_shockollar.jpg

Nevertheless, I wouldn’t be surprised if the families of the several hundreds of thousands this rascal mass murdered would favour what is considered the worst execution method ever : the infamous Brazen Bull Although the Brazen Pork would make more sense: http://www.paykel.com/system/files/Website%20Pics/Barbecue/Traeger/BBQPIG.jpg Or maybe, if polled, would they chose a form of damnatio ad bestias, feeding the pigs, the crocodiles or the red ants? Or should he be loaded in the first plane straight to the Netherlands? Nevertheless, a very important thing, no matter who the tyrant was : get rid of him, and fast : do not let his… Read more »