BEIRUT, LEBANON (2:00 A.M.) – The jihadist rebels launched a new and unprovoked attack on the southern part of Aleppo tonight, killing and wounding several people in the process.

According to a report from Aleppo city, the jihadist rebels rained several missiles on the town of Al-Wadihi, killing at least a dozen civilians and wounding fourteen others.

The jihadist rebels also targeted the western districts of Aleppo city, where they caused material damage to a number of buildings.

The Syrian Arab Army (SAA) has yet to respond to this latest attack by the jihadist rebels; however, they will likely launch retaliatory strikes in the coming hours.

With most of the fighting taking place in the Latakia, Hama, and Idlib governorates, the situation inside the Aleppo Governorate has been mostly ignored by the media.

Russia has to decide who helps and supports. It is very strange to play with two sides at the same time. You say you hit terrorism and at the same time let turkey come to Syria every day and give weapons to the criminals terrorists .Russia continues to make cease-fire agreements, and this gives time to Turkey to help mercenary criminals. This madness of russia has every day cost to human lives (soldiers, women, children, etc.)Turkey has no jobs in Syria. This situation is a matter for the Syrian government. Syria has every right to take back the territories of… Read more »

Mujahiddenhand
Reply to  The Greek

All Zionist high-rank freemasons influencing or acting directly as ‘heads of states’ are under constant influence and control of a common entity. They may be giving appeareance as being ‘advesaries’ but play together to reach a common goal by deceiving all humanity in which they don’t belong and which they betray.

The Greek
Reply to  Mujahiddenhand

If my translation application is good … then I think I understand your comment and I agree.

May bombs rain down upon you Reprobates. Blood is on your hands Trump.

WTFuck Trump has to do in it? These creeps are paid by Turkey and Qatar.
In case you didn’t noticed, relations between Turkey and USA are at an all-time low since Trump is in charge. Don’t you know about the situation in East-Mediterranean?

Thus, the obsolescence of SyAAF is to blame on both Hafez and Bashar.
Don’t you get that Putin has GREATLY helped ruining Turkey’s relations with the West? Turkey may soon end with a regime of sanctions similar to Iran, but not only from USA : also from the EU! All investors have puled their money out. With economy running smooth, Turkey would bully Syria forever!
Putin is doing a Ronald Reagan to Erdogan.

ANNUNAKI, BILL GATES, FACEBOOK AND YAHOO FAMILY MUST BE LASER TILL VANISH LIVE ON EARTH FOR HITLER LEGACY EVEN GOD WERE KIND AND MERCIFUL
https://warcraftking.tumblr.com/post/185418440644/good-cannot-defeat-evil-without-cruelty-cos

ANNUNAKI, BILL GATES, FACEBOOK AND YAHOO FAMILY MUST BE LASER TILL VANISH LIVE ON EARTH FOR HITLER LEGACY EVEN GOD WERE KIND AND MERCIFUL
https://warcraftking.tumblr.com/post/185418440644/good-cannot-defeat-evil-without-cruelty-cos

ANNUNAKI, JEWS MUST BE LASER TILL VANISH LIVE ON EARTH FOR HITLER LEGACY EVEN GOD WERE KIND AND MERCIFUL

Seek DANNY WOO VK in QWANT for book of life and the truth about everything.

The Answer to the Ultimate Question of Life, the Universe, and Everything is : 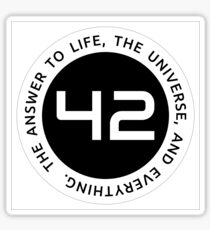 Everybody knows it, pfff! 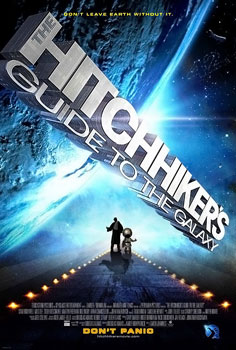