Major General of Nigeria’s military, Lucky Irabor, has claimed that he expect’s Boko Haram’s last few strongholds to fall over the next few weeks.

Although President Muhammadu Buhari set a December deadline to defeat the group, the military are still making significant progress to the group who once held territory the size of Belgium. The commander now clains the ISIS-affiliated group are reduced to small pockets of the Sambisa forest in Nigeria’s northeast, and two areas near Lake Chad.
“Almost all of the locations held by the Boko Haram terrorists have been reclaimed. We are talking only of a few villages and towns,” Irabor said in an interview at his base in Maiduguri in Borno state, birth place of the insurgency.

He highlighted that much of the success has come from military cooperation with neighbouring countries, especially Chad.

“There are joint operations. My commanders have an exchange with local commanders across the borders. Because of the collaborations we’ve had Boko Haram has been boxed in and in a few weeks you will hear good news,” he said.

Gen. Lucky has put the starch in his floppy boonie hat, I see.

Great! African rocks. There’s not only army works : they have it very easy due to their citizens helping with intel, creating local militias etc. All these mofos are really chased like the rabid dogs they are. And they’d better killed by the army or get jailed even if sentenced to death than to be captured by population : a kinda thing that is likely to happen in Africa with “just” murderers is population assaulting the jail to take them out. Well, most of the time when such thing happen, wardens simply let them “free” the murderers : they won’t… Read more »

Seems Shekau is still alive… Anyway, considering the Boko-Haram recent losses, as karma’s a b***h, time is running fast for him. 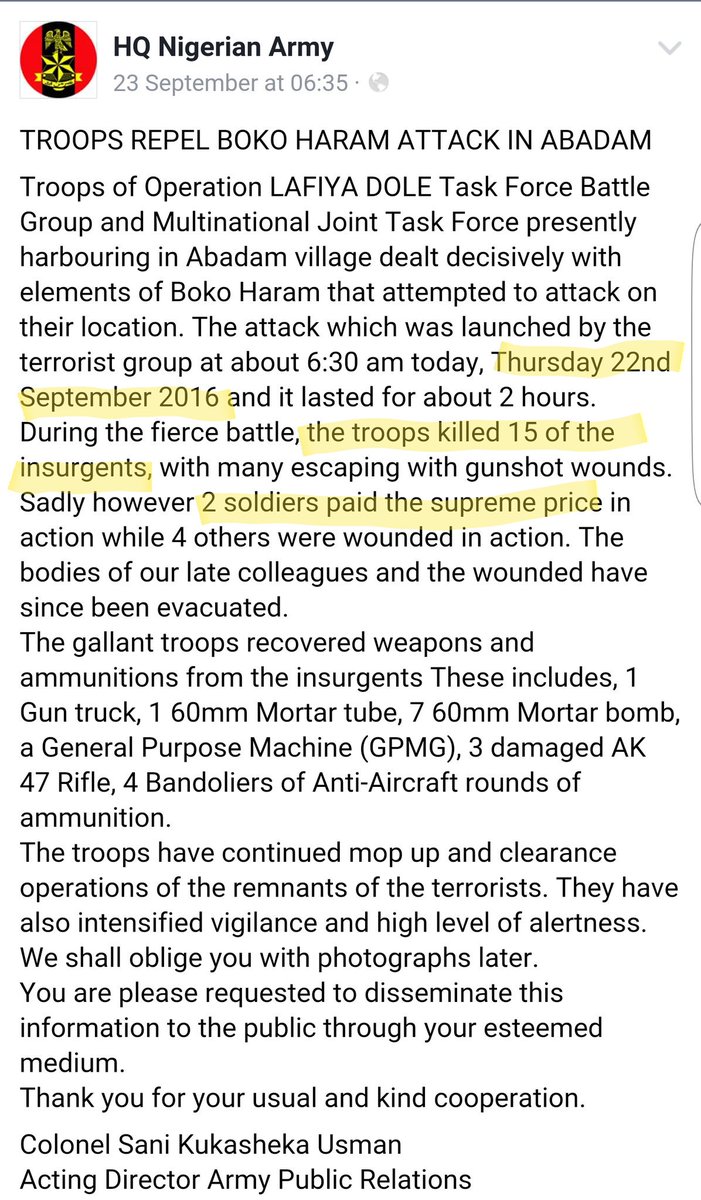 Differences between infos from Nigerian Army and Amaq. Why do I feel Amaq is telling bullshits?

According to the estimations from a few months ago and the loss Porko-Shitram may have just about 100-130 mofos left now.
Islamism is as dangerous for men as rabid is for dogs. Porko-Shitram will not be only defeated but totally annihilated. Some may notice there are no talks about prisoners…