“I think the American people have sent a great, a very important message to the world,” Shaaban told NPR on Thursday.

Shaaban stated that Syrian President, Bashar Al-Assad, is willing to cooperate with Donald Trump, if he meets the Syrian government’s expectations.

Donald Trump has stated in the past that he does not seek to overthrow Bashar Al-Assad; however, the two presidents do not currently have any channels of communication.

State Dept is already preparing to switch to Trump admin
This is saying that JFS and Nusra are the same entity and stil a Qaeda group, even their guy who said he dissociated himself from their leaders is still on the specially designated terrorists list (in other terms : subject to be ‘droned’ any time if located) 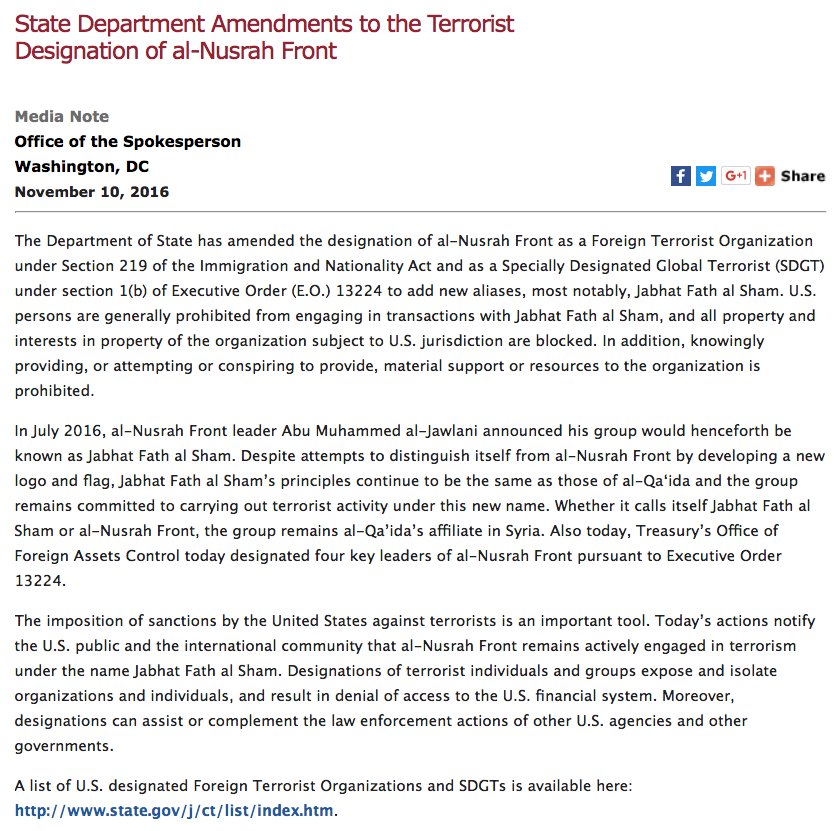 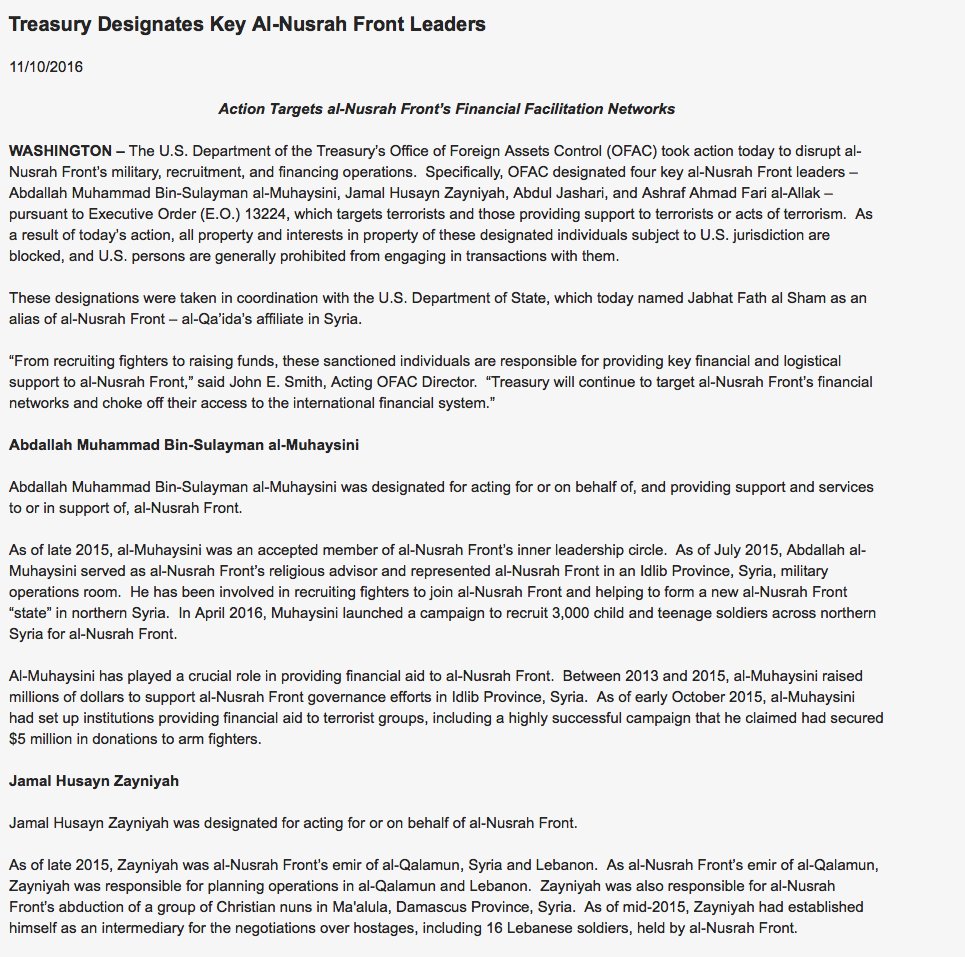 I think we’re likely to find that the a-coming change in US foreign politics a very good one. It’s very strange to see this from the GOP but well, only idiots never change…

Let’s hope for it. And, if feasible, we could see a real showcase of what USAF is able to do : some seem to not remember the ‘Highway of Death’ when they did 2000 strikes in 6 hours. If it wasn’t for US crooked politicians, their militaries would have finished Daesh in a few days, in fact, we’d be much less critical to the US if they were committed in such actions instead of having some corrupted leaders implying the country in dirty geopolitics to please those who bribe them… I’m not very found of the guy Trump but at… Read more »

And mostly due to the stupidity of neo-cons like Bremer, Wolfowitz, etc. Thus, add some Gulf money to the equation and the 2011 pulling out of US troops then the fact they teamed with former Saddam’s militaries… A perfect “butterfly effect”.