Buenos Aires (April 2, 12.00) A little more than 30 years have passed since that April 2 of 1982 where the Malvinas Islands were recovered, and in Argentina there are still many unanswered questions left; but there is one that divides most opinions: Was the Malvinas War a patriotic feat or was it the last attempt to perpetuate the power of a dictatorship that languished?

Apart from the political parties and the spokesmen of the system, which are always so servile to imperialism that deliberately disqualifies the Malvinas War, there are also some sectors of the Left that question it as a mere adventure of the military dictatorship.

This anti-war stance takes an irrefutable fact: the armed conflict was led by the same dictatorship that imposed a genocide on the Argentine people. But it also chooses to forget a fundamental fact: the feat was a warlike confrontation between a quasi-colonial country attacked more than 150 years ago and an imperial power usurping of territory that declared the war.

The reconquest of the islands was an open challenge to the colonialist and imperialist global order and for this objective reason it is clear that it was a just, anti-imperialist cause, beyond whose circumstantial directed it. Give or take some obvious differences and without trying to impose on the reader incontrovertible parallels, this is what is happening now in the Syrian conflict, where the Syrian people and their authorities fight against global imperialism and its ambitions.

Today, 35 years after the war, there are 4 claims that remain as valid as June 14 1982 when the last artillery shell was fired:

Memory first; not to forget and pay homage to all the soldiers who gave their lives in defense of our territory that our islands deserve. They fell under the fire of the bullets of British imperialism, which had the American support and still continues occupying our islands. Also to those who returned mainland and were hidden for years because of Anti-Malvinas governments.

Justice, so that the government can listen and take care of the needs of ex-combatants since the state has neglected all these years which has led hundreds of them to depression and even suicide.

True, to reject and mark the demaligning attempts that led successive national governments after the fall of the military dictatorship, from Raul Alfonsin, to the present day with the appeasement of Mauricio Macri and his Foreign Minister Malcorra.

After all this time and despite all the attempts to erase them from our memory and hide our heroes, there is a sentence of their hymn that today is more valid than ever and commits us not to lower our arms, their is no more beloved ground, in the extension of our homeland . Malvinas tierra Argentina.

The views of the author do not necessarily reflect those of Al-Masdar News.

Ohh, you mean the falkland war.

Nope!
Malvinas! This belongs to Argentina, not to the country soon to be formerly known as UK.

Nope, Falklands. The pieces is writen in english so the english name should be used and not the spanish name.
It would be like refering to spain as espania in the middle of an article or refer to germany as Deutchland.
Or both descriptions should be stated, not just the name the argentinians prefer.

I dont care who control the islands although the residents of the island voted for the british.
If you write a piece for international readers you should use recognisable descriptions.
If the piece was to be publish in “argentina unite” you can use the malvinas.

English pirats go home and give us back our islands.

The Falkland Islands never belonged to Argentina so erases like ‘reconquest’ or recovered’ are clearly erroneous. They have been British since before Argentina existed.

I agree with the political analysis about the war and what came after that. It’s true the dictatorship liberate the islands in order to mantain the power but anyway this was a war where the fairness was on the argentine side. These were and are our islands and we had the right to reclaim them. Today (and since 30 years ago), the mainstream media and the successive governments talk all the time about a “stupid war”, say the dictatorship’s military killed our soldiers.. not because they want to incriminate the dictatorship (we all know about what to blame them) but… Read more »

Oh dear. Argies bleating about the Falklands again. Time for them to show us all how to return land stolen from its original inhabitants, by handing back Argentina to the Mapuche, the Tehuelche etc, and then bug get off back to France, Spain, and with the help of a time machine, Nazi Germany.

“this is what is happening now in the Syrian conflict, where the Syrian people and their authorities fight against global imperialism and its ambitions.” => Well, I don’t agree : Malvinas were the result of Brit imperialism and ugly witch Thatcher, Syria is Turkish imperialism+Qatar pipeline+ Qatar/KSA sectarianism (and crooked UK/US politicians as backers while both US/UK parliaments refused this shit). “the same dictatorship that imposed a genocide on the Argentine people” => Here too I don’t agree : genocide is when i.e. Turks kill all Armenians or Nazis kill all Jews, it’s based on ethnicity. This dictatorship wasn’t doing… Read more »

British Imperialism?? I think the Argentinians were the ones who attacked. What international law makes you say that Britain owning the Falkland is illegal? I agree with you on Syria – not on this though

There was a very brief occupation by some Spanish in1832 not not Argentinian. And when is Argentina going to return the Territory in the Gran Chaco which it seized from Paraguay in the War of the Triple Alliance.

Speak for yourself, you ignorant lard eater, Argentina and Paraguay has no conflict as of today, and in any case the triple Alliance war was orchestrated from outside , namely Brutish empire. “The ignorant and barbaric people of Paraguay believe that it is under the protection of the most illustrious of the governments (…) and only with foreign intervention, or a war, they will be relieved from their error”.
— Edward Thornton to Lord Russell. Asunción, September 6th, 1864.

What utter rubbish. The Falklanders are British folks who don’t want to be ruled from Buenos Aires. Get over it, Argentina. You lost, and deservedly so.

International law says it doesn’t belongs to UK. Like it or not, Malvinas don’t belong to UK…
Thanks to BrExit, this time we won’t be forced to stop delivering Exocets because of the EU.

International law gives people the right to determine their own fate, the Falkland islanders have, and they want to be British. You should respect their right to choose who governs them

Hey, Malvinas were discovered by French captain Louis de Bougainville who was the 1st to build smth there so, according to maritime law… So we should consider delivering enough Exocets to Argentina for the next round because we decide to give the islands to Argentina and not to Brits! BTW, this is a shame : We’re only second! Even on such poll, you prove you deserve your nickname as “Perfid Albion” : we should be first! Don’t worry, as soon as Scotland goes, they’ll go with HMS Prince of Wales unfinished, we’ll get her for peanuts, install a nuke reactor… Read more »

A British expedition under John Strong landed there in 1690 well before Bougainville in 1760. Though I would agree the French claim is stronger than that of Argentina.

You have to build something to mark your territory, law of the sea 😉

Tobias the law at regarding Malvinas is Continental Shelf Treaty, your country signed it, then after Malvinas war lobbied to change it, so shut up ignorant lard eater ! And why do you blacmail Scotland if you care about self detrmination?

The islands are British! The islanders voted overwelmingly to remain so, you should respect their wishes

Even UK isn’t British! Wait Scotland and Ulster referendum 😀
And soon Gibraltar’s gonna be Spanish again and May+Farage will say “we will fight on the beaches” 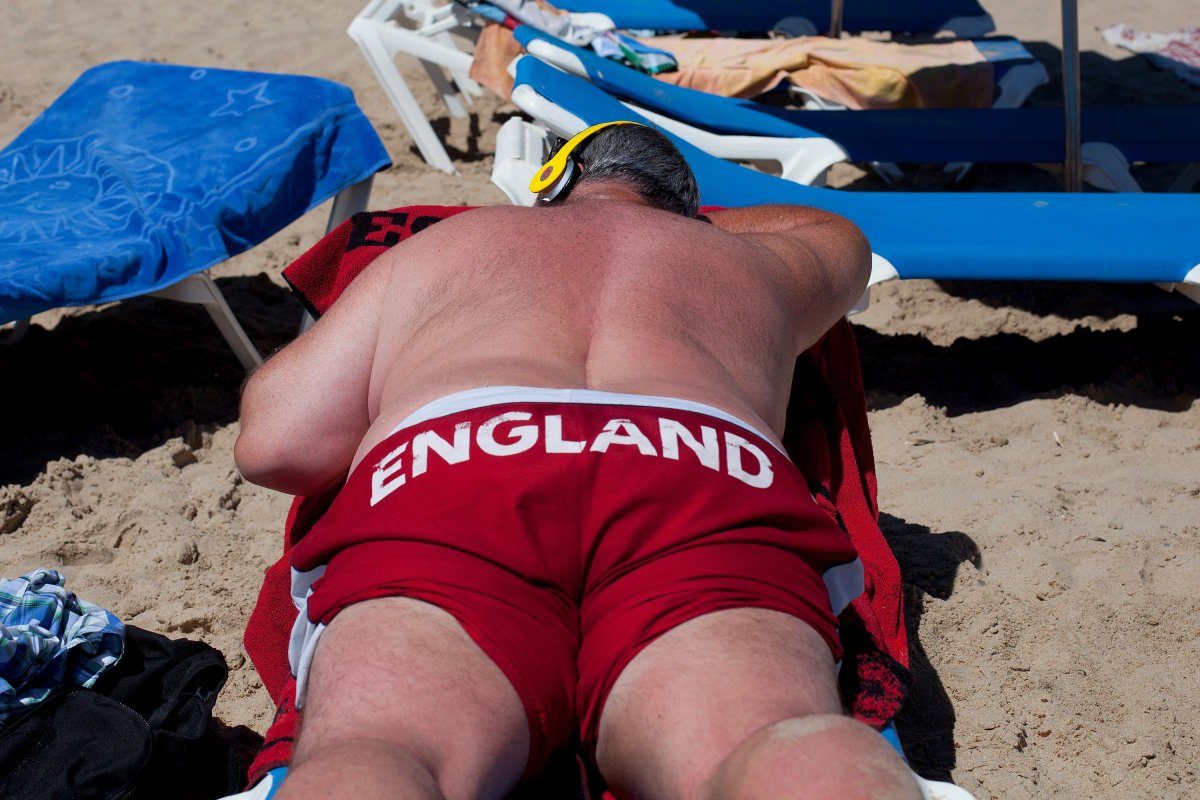 Who cares what a couple Brutish tourists vote, Argentines didnt vote you Moron, and anyway why do you care about a tiny Island with a few tourists of the coast of Argentina and decide to blackmail millions of Islandes in Scotland when they vote, Scotland will secede and you will be back to be that “small little island no one listens to “

Oh dear, they are not British tourists, but people who have lived on the islands for centuries. Exactly how was Scotland blackmailled? It will have another referendum and if they choose to leave I wish them the best of luck. The reason I care so much is that the right to self determination is one that should be allowed for everyone, and not just when it fits your worldview.